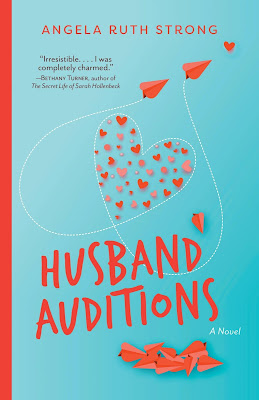 How Far Would You Go to Find Love?

Grand Rapids, MI — How far would you go to find the perfect husband? All the way back to the 1950s? Those are the questions Meri Newberg finds herself asking in Husband Auditions (Kregel Publications/August 17, 2021/ISBN: 9780825447105/$15.99), the latest release from award-winning author Angela Ruth Strong.

For Meri, it seems the world is full of happily-ever-after love, or maybe it’s only because she’s just gotten home from the wedding of her now-former roommate. As of now, Meri is the only one left in her friend group who is still single, so she inherits “the list” from a 1950s magazine that has been passed from friend to friend. The list outlines “101 Ways to Get a Husband,” and out of desperation, Meri decides there’s nothing to lose and she might as well try some of them out. After all, she can’t get any more single than she already is, can she?

Her brother’s roommate, Kai Kamaka, knows a great opportunity when he sees it. He’s not interested in the love angle because he has no interest in the effort a serious relationship takes. Instead, Kai sees filming every one of Meri’s silly husband-catching attempts as the chance to get the cameraman job he has been wanting. In his mind, if the online show goes viral, his career is all but made.

When Meri Me debuts, it’s an instant hit. People love watching Meri lasso men on street corners, pretend to trip in front of unsuspecting potential beaus, and otherwise embarrass herself in pursuit of true love. But the longer this game goes on, the less sure Kai is that he wants Meri to snag anyone but him. The only problem is that he may not be the kind of husband material she’s looking for. Is he ready for a relationship? Will Meri see him for who he can be for her instead of who he seems to be at the moment, the unmotivated and lazy surfer who is stuck to the couch?

“When I was writing Husband Auditions, I had recently read a book about dysfunctional relationships, and it listed seven different heart issues. One of them was laziness, which is said to be the most frustrating for a woman to have to deal with, and it seems to be common in the younger generations,” shares Strong. “I wanted to explore the idea of a lazy but likable hero and what it would take for him to have to grow. I gave Meri the heart issue of fear because the fear of being alone could trap her in a relationship with a man who was just going to sponge off her. I believe many women choose bad love over no love at all, and I want to encourage them to invite their significant other into the light rather than join him in the dark.”

As far-fetched as the list that Meri inherited sounds, and as silly as the advice may seem, Strong was inspired by an actual magazine article that has floated around online in recent years. “The idea for Husband Auditions came from a real article, ‘129 Ways to Get a Husband,’ that was published in McCall’s magazine in the 1950s. Some of the suggestions were quite outlandish, such as standing on a street corner with a lasso, and I imagined what would happen if a modern-day woman tried them out,” the author explains. “When I created an original list for my book, I went to my reader group on Facebook for ideas. We had such a great time with all of them, and I can’t wait for my readers to see which of their ideas made it into the story.”

Some of the ideas that made the list include:

With droll comic timing, unbeatable chemistry, and a zany but relatable cast of characters, Strong has created a heartfelt look at the reality of modern Christian dating that readers will both resonate with and fall for.

Ideas that might have worked in the '50s to catch a husband are nothing compared to what might work in our day and age. Meri is disenchanted when her friend Anne gets married and she realizes that she is the last single girl in her group of friends. Anne gives her something called "The List". As a dedicated Christian, Meri would have been happy to have been glancing at a translation of Proverbs Thirty One. Instead she is looking at a list from the 1950s magazine with ideas on how to catch a husband.

The ideas are outlandish and have the most peculiar suggestions - volunteer with shelter dogs, fake a flat tire, move to a state with more men than women. The list goes on. While Meri is discussing the merits of the list - or lack thereof - with her brother Charlie, his roommate Kai is listening. He thinks it is hilarious. This gives Kai a fabulous idea. Since Charlie happens to be going away on business, Meri is moving in with Kai and their other roommate for a while. Kai begins to develop an idea for his YouTube channel - with Meri and list as the perfect subjects. Kai has even thought of the perfect name - Meri Me.

Although Meri is not too happy with Kai about this, she agrees, and lets Kai film her in her unrelenting search for a husband. This becomes an instant hit. He knows he is not husband material, but hopefully someone out there is the perfect one for Meri. The more time Kai and Meri spend together, the more they realize the share the same faith. The same values. But it is enough for the two of them to soon realize that they are actually rather attracted to each other? Would it be enough for them to take a chance at love?

What a delightful read. This slow-burn romance was a nice mix of faith, friendship and humor. Husband Auditions was a nice, enjoyable story with a wonderful story that kept me smiling throughout. I most definitely recommend this story that will prove to provide a nice escape.

Many thanks to Audra Jennings PR and to NetGalley for this ARC for review. This is my honest opinion.

“An irresistible hook, an unlikely (but perfect for each other) duo, and the winsome voice of author Angela Ruth Strong come together in Husband Auditions to form a sweet and funny love story readers will adore. Simultaneously an homage to and a lampoon of old-fashioned pursuits of matrimony, inspirational romance fans will gobble up this thoroughly modern tale. I was completely charmed from aloha to aloha.”

“Husband Auditions is as hilarious as it is charming! Angela Ruth Strong once again brings her unique voice and quirky sense of humor to create memorable, laugh-out-loud characters that subtly teach important lessons in love—and not so subtly linger in our minds long after the final page is devoured.”

~ Betsy St. Amant, author of The Key to Love

“Original and fun! Husband Auditions is a wonderful staycation of a book. Grab your latte and prepare to giggle.”

~ Kristin Billerbeck, author of Room at the Top 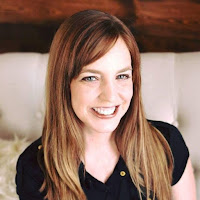 Angela Ruth Strong sold her first Christian romance novel in 2009, then quit writing romance when her husband left her. Ten years later, God has shown her the true meaning of love, and there’s nothing else she’d rather write about.
Strong’s books have since earned Top Pick honors in Romantic Times, won the Cascade Award, and been Amazon best sellers. Her book Finding Love in Big Sky recently filmed on location in Montana and will air soon. She also writes articles for SpiritLed Woman.
To help aspiring authors, she started IDAhope Writers where she lives in Idaho, and she teaches as an expert online at Write That Book.
Besides writing, Strong teaches exercise classes, works for an airline, and enjoys Harley rides with her husband and camping with her three kids.