BLOG TOUR - The Girl Who Survived 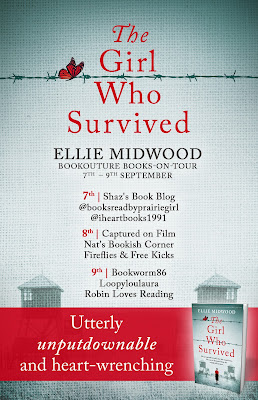 DESCRIPTION:
Germany, 1941: “We live together, or we die together.” A novel that will stay with you forever, The Girl Who Survived tells the inspiring true story of Ilse Stein, a German Jew who was imprisoned in a ghetto––and who fell in love with the man she was supposed to loathe.

Now, at the break of dawn, she steps off the cattle train into a Minsk ghetto. This is Ilse’s new home: trapped by barbed wire, surrounded by SS guards she is forbidden to look in the eye, with no choice but to trade the last of her belongings for scraps of food. Sentenced for the crime of simply existing, she doesn’t expect to live past the summer.

Yet the prisoners in the ghetto refuse to give up––the underground resistance is plotting their escape. Ilse’s first act of defiance is smuggling from the munitions factory, slipping bullets into the lining of her pockets.

But this is just the beginning… When Ilse meets Wilhem, a local SS administrative officer, she never dreams that her greatest rebellion will be falling for him. Wilhem promises that she will survive, even if the cost is his life. But in a world of such danger, daring to love is the most dangerous risk of all…

Fans of The Tattooist of Auschwitz, The Choice, and Orphan Train will be completely gripped by this heartbreaking tale. Based on a true story, this powerful novel shows that love is stronger than terror, and that when life takes everything from you, death is not to be feared…

This book was previously published as No Woman’s Land.
BUY LINKS:
Amazon: https://geni.us/B09C2JK2ZXcover 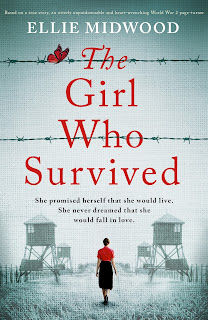 Title:    The Girl Who Survived
Author:  Ellie Midwood
Series:   Women and the Holocaust #2
Publisher:  Bookouture
Genre:   Historical Fiction
Format:  Kindle ARC
No. of Pages:   277
Date of Publication:
My Rating:   5 Stars
One by one their rights were removed.Were they to pass laws that to walk or to breathe was illegal, of that Ilse would not have been surprised. Simply put, to be a Jew was against the law. Ilse and her family have truly lost everything they’ve known and now they are headed to the Minsk ghetto where survival is not guaranteed.
What cannot be taken from them is strength and fortitude, even those marched to certain death. Never to see her mother again, literally smelling death at every turn, Ilse is now ophaned with her two sisters while watching a quota of Jews being killed daily by the SS soldiers, thus not knowing how long they will live.
Ilse starts to see sympathetic SS Officer Wilhem Schultz as a man behind the uniform. She begins working with Willy and slowly but surely not only is she beginning to trust him, she finds it impossible not to develop feelings for him, something that would mean certain death if ever discovered.
The genocide ripping through the ghetto is nonstop. Ilse takes her brigade responsiblity in the ghetto seriously, but she also takes what is growing between her and Willy seriously as well. Willy keeps Ilse safe, and it soon appears that he will go to any lengths necessary to do so. No matter what happens between Ilse and Willy however, she remains dedicated to her sisters and to her friend Liza.
Not only was The Girl Who Survived a remarkable story that captured my attention from beginning to end, it was more than a fictional love story. In fact, Ellie Midwood based this novel on a true story. Despite the horror. Despite the sadness. Despite the apparent hopelessness, love between Ilse and Willy blossomed. The dedication they had for one another was so palpable, so touching, so inspirational, that it felt like it would be everlasting, even if one of them were forced to experience death. Even though there was much to be sad about, this remarkable story filled me with hope page after page, and the ending was just wonderful.
Many thanks to Bookouture and to NetGalley for this ARC for review. This is my honest opinion. 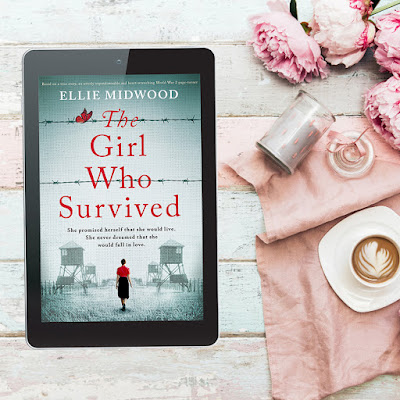 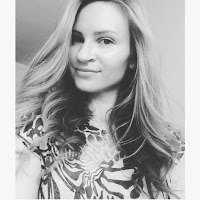