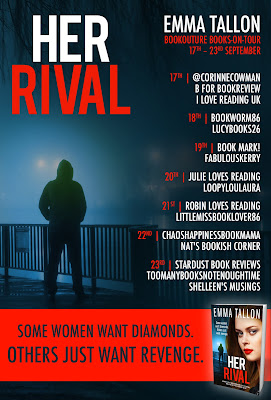 DESCRIPTION:
Fans of Martina Cole and Kimberley Chambers will love this nail-biting new book from crime author Emma Tallon, set on the same mean streets as her bestselling Tyler Family series.Scarlet Drew is new to London’s criminal underworld, but she’s hell bent on making a name for herself as joint head of the family firm alongside her aunt Lily. But when Scarlet finds herself alone with a rival business owner at a black-tie event, she is little prepared for what happens next.Determined not to let the drunken lech get away with his crime, Scarlet hatches a plan for revenge – she’s going to steal his most valuable asset and put her name on the map. But as she gets to work, she fails to notice a silent stranger watching her every move. Someone knows exactly what she’s up to, and is plotting their own way to get their hands on the priceless goods.Face to face with a new enemy, Scarlet fears the Drews may have finally met their match. With the whole family at risk, it’s going to take everything they have to stop their empire going up in smoke. But will everyone survive the fight?Her Rival is a gripping and addictive crime thriller that has it all – strong women, explosive action and an ending that will have you gasping for breath!
BUY LINK:
https://geni.us/B093Q8M4SXsocial 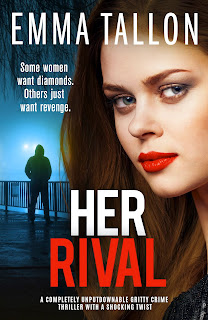 Title:   Her Rival
Author:  Emma Tallon
Series:  Drew Crime Family #2
Genre:   Mystery/Thrillers
Publisher:  Bookouture
Format:  Kindle ARC
No. of Pages:   302
Date of Publication:  September 17, 2021
My Rating:  5 Stars
As the first book in this series, Her Revenge, ended, Scarlet Drew has laid her father Ronan to rest, and got closure by ending the life of his killer, Jasper Snow. However, the death was made to look like a suicide. As this second book in the series opens, Scarlet finds herself being questioned by the police concerning suspicious circumstances surrounding Jasper's death.
Ronan was the family head of the firm, a family that is part of the London underworld. Now Lily, Ronan's sister, is the head, and Scarlet has a powerful role. While Scarlet is dealing with the police, Lily is dealing with another sensitive matter, and that is concerning her daughter Ruby, Ruby has been missing for quite some time and Lily is turning over every stone in order to locate her. Once Ruby returns, it becomes more than clear how she feels about Scarlet. She is not too happy playing second fiddle to her cousin.
Scarlet attends a black-tie event and escapes a dangerous situation and thus sets in motion a plan of revenge. However, she just might have met her match, and is soon facing the challenge of her life. There can be only one winner, even if the results prove tragic. Meanwhile, the family will do whatever they can to protect their own. This gritty story by Emma Tallon is a thrilling read from the very first page to the shocking ending. With the introduction of new characters, Ms. Tallon has cleverly whet our appetites right at the end of this story, which will no doubt force readers wait for the third book with bated breath. Scarlet and Lily are remarkably strong women and this series is proving to be just as explosive as her Anna Davis series.
Many thanks to Bookouture and to NetGalley for this ARC for review. This is my honest opinion. 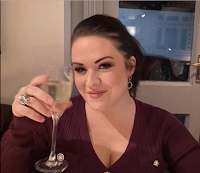 Emma Tallon is a British author of gripping, gritty, organised crime thrillers and mother of two.
Having started her writing career as a freelance ghostwriter, Emma finished her first novel, Runaway Girl, in 2016, and became an author full time. Since then she has written several other novels for her publisher and has carved out a successful career for herself from her home in Milton Keynes, where she can usually be found typing away in her office surrounded by large stacks of books and Post-it Notes full of ideas for future stories.