BLOG TOUR - A Lesson in Murder 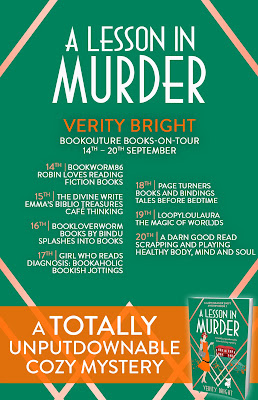 DESCRIPTION:
When Lady Swift is invited to her old school, she walks through familiar classrooms, finds her favourite books in the library… and surely that’s not a body? Time for a lesson in murder!

Autumn, 1921. Lady Eleanor Swift is invited to her old school, St Mary’s, as a guest speaker. Her favourite teacher, Mrs Wadsworth, has asked that Eleanor talk about her intrepid travels around the globe – travelling the Silk Road by bicycle, crossing the Himalayas and even befriending the Maharaja of India. But in the circumstances, perhaps it would have been a good idea to talk about her career as a daring detective…

Because no sooner has Eleanor brushed up on her times tables then she is greeted by terrible news: Mrs Wadsworth has been murdered. Eleanor is utterly devastated but she owes it to her dearest teacher to find out who killed her and why. So, alongside Gladstone the bulldog, it’s best paw forward to track down a villain.

But when the art teacher is also found dead, Eleanor is sure someone is trying to do away with the people who taught her everything. As Eleanor delves into possible motives, she discovers a clue in the most unlikely place: her mother’s old school diary. Does the route to the murderer lie within a secret passageway her mother uncovered? Can Eleanor nail the culprit in time or is the killer coming for her next?

A totally gripping and glamorous 1920s cozy! Fans of Agatha Christie, T.E. Kinsey and Rhys Bowen are in for a treat. 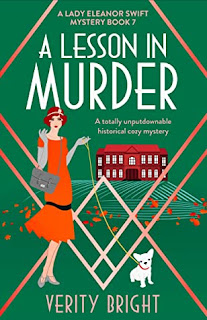 Title:   A Lesson in Murder
Author:  Verity Bright
Series:  Lady Eleanor Swift #7
Publisher:  Bookouture
Genre:   Cozy Mystery
Format:  Kindle ARC
No. of Pages:   277
Date of Publication:   September 14, 2021
My Rating:   5 Stars
From a pre-arranged Speech Day to an unexpected death. Lady Eleanor Swift is at the boarding school where she went as a child to deliver a motivating speech to young students. However, even before she can begin, Mrs. Wadsworth, her favorite teacher when from those years ago, was found dead. No clear evidence proves that it was murder. The police have been called, most notably Chief Inspector Hugh Seldon. However, due to the privacy of the students, inquiries from him could be rather upsetting. So, it has been determined that Eleanor would stay on at the school as Mrs. Wadsworth temporary replacement while secretly trying to determine the cause of her death.
Eleanor is not alone. Her butler Clifford is staying nearby on the premises while caring for her ever present bulldog Gladstone. Eleanor has a lot of memories of her time at the school. She was not the easiest student by far. But there is more that she will learn about her history there. Eleanor is a titled peer who has enjoyed quite an independent life of adventure. Well traveled with amazing experiences, Eleanor now has a whole new challenge facing her acting as housemother to preteens.
I really enjoyed this installment in the Lady Eleanor Swift Mystery series. The time she spends with her new young charges proves rather touching. However, there is the nasty business of finding out about possible foul play. Will Eleanor be able to ask enough questions, even if it means uncovering well-hidden secrets to find the person responsible for Mrs. Wadsworth's death? I love the early 1900s time frame, as well as Eleanor's age at around thirty with not giving into convention, as her independent spirit has shown. I have thoroughly enjoyed this series from the beginning, but this one has proven to be my favorite.
Many thanks to Bookouture and to NetGalley for this ARC for review. This is my honest opinion.
ABOUT THE AUTHOR: 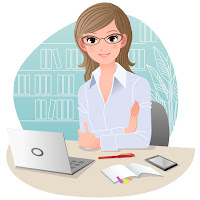 Verity Bright is the pseudonym for a husband-and-wife writing partnership that has spanned a quarter of a century. Starting out writing high-end travel articles and 0236ooks, they published everything from self-improvement to humour, before embarking on their first historical mystery. They are the authors of the fabulous Lady Eleanor Swift Mystery series, set in the 1920s.