BLOG TOUR - The Girl at My Door 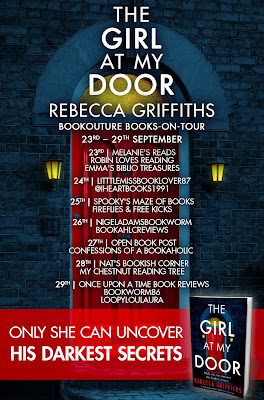 DESCRIPTION:
London, 1949. On the dark streets of Soho, a killer is waiting in the shadows. Inspired by the true crime story of the Rillington Place murders comes a chilling re-telling of one of Britain’s most infamous serial killers.

Queenie Osbourne is the talk of London. Rising to fame as a singer after the Second World War, she is about to head to New York to make her fortune.

On the surface John Reginald Christie is an ordinary man. By day he wonders the bustling city streets. By night he is entertained by Queenie and her band. He is always searching for prey. Soon a young waitress named Joy catches his eye and his dangerous obsession begins.

Joy is preparing to wed Charles Gilchrist, one of the city’s most eligible bachelors. But Queenie has always held a flame for him and the spark between them is obvious.

When Queenie commits the ultimate betrayal against Joy, she knows her bright future is at risk. With nowhere else to turn, there is only one man who can help her. But Queenie has no idea of the dark secrets which lie behind the door of 10 Rillington Place. As Christie watches her approaching, will he risk everything for his highest-profile victim yet?

Blending the real life story of notorious serial killer John Reginald Christie with a fictionalised cast of characters, this thrilling mystery is perfect for fans of Gregg Olsen, Louise Douglas and Jess Lourey. 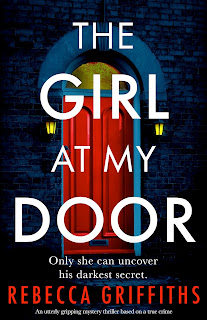 Title:   The Girl at My Door
Author:  Rebecca Griffifths
Publisher:  Bookouture
No. of Pages:   292
Format: Kindle ARC
Date of Publication:   September 23, 2021
My Rating:   4 Stars
Rebecca Griffiths weaves a tale of real-life serial killer John Reginald Christie in a fictionalized setting that proves to be a deadly game of obsession. While reading this chilling book I was quite drawn into the lives of the characters, especially Joy and Queenie - women whose love for the same man led to sad results. While Joy and Queenie deal with their friendship falling apart, there are other characters well worth noting in this story. One of whom is obviously John Reginald Christie, who appears in this story mostly as an unnamed narrator. Then there is Queenie's dear friend Terrence who would do anything to help her despite dealing with his own drama.
All while reading this story, I felt like I was waiting for the ax to fall - pun not intended. There was no doubt at the outset that Christie had marked his victim or victims, and it was rather eerie playing privy to his thoughts.
While Christie is roving about, all but grooming his intended victims, Joy is ecstatic in her preparations to marry Charles Gilchrist, who is quite a catch. However, Charles's actions with Queenie create major problems, which sadly comes as no surprise. I was fully drawn into this story and promptly looked Christie up. The author showed keen creativity at letting readers to see into the sick mind of a serial killer, while also raising compassion for his unfortunate victims.
On the one hand, Christie continues to develop his nefarious plans,  while the story shifted back and forth to both Terrence and Queenie who were fighting difficult things in their lives. Their issues were of great significance, especially since they lived at a time when certain things were not only unacceptable, but were illegal. The Girl at My Door is a well-developed story with compelling characters and an equally compelling storyline. This is a good one. Don't pass it up.
Many thanks to Bookouture and to NetGalley for this ARC for review. This is my honest opinion. 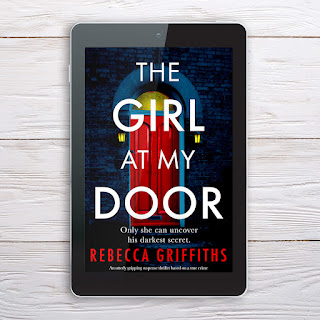 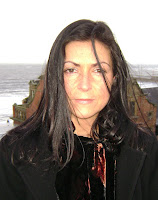 Rebecca Griffiths grew up in mid-Wales and went on to gain a first class honours degree in English Literature. After a successful business career in London, Dublin and Scotland she returned to rural mid-Wales where she lives with her husband, a prolific artist, their four black rescue cats, two pet sheep the size of sofas and writes full time.