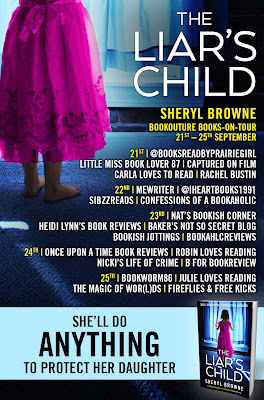 DESCRIPTION:
I’ll do anything to protect my daughter…

When I pick my beloved daughter Poppy up from school one afternoon, my mind races when I see the little girl holding Poppy’s hand. With the same heart-shaped face, long brown hair and dark eyes, the two girls look identical. In fact, they look like sisters.

Is the secret I’ve been holding on to for so long about to be revealed?

That night, I cuddle Poppy even harder, desperately trying to decide what to do. And then my husband’s phone vibrates. A message. And then another. And another. All from a number I don’t recognise.

Is someone going to tell my husband what I did? Could I be about to lose everything I have worked so hard to protect?

But I’ve spent so long hiding the truth, I never stopped to wonder if I was the only liar in the family… The only thing I’m sure of is that nobody is going to take my child away from me.

If you can’t get enough of addictive psychological thrillers like Gone Girl, The Wife Between Us and The Marriage, you’ll love The Liar’s Child. With nail-biting suspense and an ending that will make your heart pound, this is one book you simply won’t be able to put down. 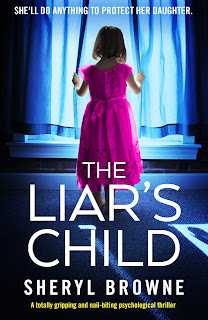 Title:   The Liar's Child
Author:  Sheryl Browne
Publisher:  Bookouture
Genre:   Psychological Thriller
Format:  Kindle ARC
No. of Pages:   269
Date of Publication:   September 21, 2021
My Rating:   5 Stars
Secrets can erode the best of relationships, especially marriages. Kay has become disenchanted with her marriage to Matt. She loves him. Always has. However, as a respected doctor specializing in pediatrics, Matt is always busy. His hours at the hospital take first place in their lives. However, Kay feels it is much more than that. She has strong reasons to believe that Matt is being unfaithful.
Meanwhile, their young daughter Poppy has major kidney disease and surgery is definitely in her future. This is no small thing and Kay and Matt need to rally together to be there for Poppy. Not only do they not want little Poppy to worry about her own health, the perceptive five-year-old is starting to notice the strain between her parents.
Despite the issues facing her, Poppy is happy. She did not relish going to school daily, but that all changed once Poppy befriends Olivia, a little girl who is her doppelgänger. The little girls aren't paying attention to their striking similarities. What they have is a genuine, instant love and a lot in common. However, Kay notices their facial features, hair, eyes and mannerisms. The two could be sisters. Already feeling like Matt has been unfaithful, Kay is positive that Olivia's existence proves it.
Despite Matt's vigilant attention to his young patients, he accepts a new friendship at the hospital. Will this new friendship keep Matt away from home even more than he already is? While Kay's reticence to confront Matt grows, she is determined to learn more about the little girl that Poppy is so fond of, all while not trying to rock an already unsteady boat.
A web of secrets, lies and obsession lead to a thrilling climax in this exciting read. My only issue with this story - and I *did* love it - is that Matt and Kay had a deplorable lack of communication. So much could have been sorted out if they didn't shy away from talking to each other. But, it does make sense that they couldn't, especially when Jason, Matt's brother, comes back into the picture after not having seen Matt or Kay for years.
Convoluted? Indeed. Well executed? Absolutely! Despite the issues facing Kay and Matt, everyone and everything came together in thrilling fashion in this story by Sheryl Browne. Page after page I was certain as to who the liar was in this story. Well, being proven wrong was rather enjoyable as I was riveted to this story so much so that I read it in one sitting.
Many thanks to Bookouture and to NetGalley for this ARC for review. This is my honest opinion.
ABOUT THE AUTHOR: 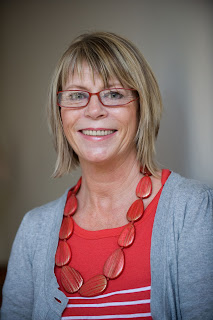