March Wrap Up and Quarterly Reads 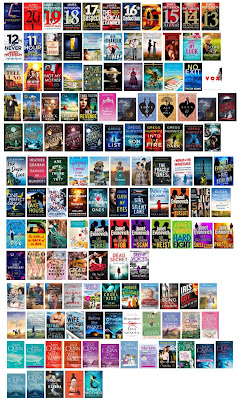 Hi! In today’s blog post I will be sharing my March Wrap Up as well as my quarterly reads for 2021. As of this writings I have read 135 books thus far this year. My Goodreads reading goal is 500 books, so this places me 13 books ahead of schedule.

My stats to-date are as follows:

March has been my best month so far this year, What really pulled me up was picking up on book #11 in the Women's Murder Club series by James Patterson  and Maxine Paetro. It had been several years since I read book #10, but picking up with 11th Hour brought me right back into the game with Lindsay, Cindy, Claire and Yuki. I love these women (and their respective men), and then I proceeded to binge read all the books now available in the series, which brought me to 20th Victim. The next book in the series, 21st Birthday, is due for release in May, and I have already pre-ordered it on Audible.
March was great for me in that I finished Sacajawea by Anna Lee Waldo, which I started February 18th and finished on the first of the month. I also read War and Peace by Leo Tolstoy, which was a group read with a wonderful group of people. March was also pretty good in that I participated in a few group reading challenges, with the exception of one bad experience. I am already keyed up to join several challenges in April, which include, Reading Rivalry, Litwits, Mandy's Chill Book Group, Bookish Brawlers, Literary Fight Club and The Booket List, all which can be found on Facebook.
Now, to discuss a few of my favorite books for March. We will start with The Therapist by B. A. Paris, which is actually a July release. It is a fabulous thriller and bound to be a hit. Then I read and loved The Bullet by Iris Johansen, which is the 27th book in the Eve Duncan series. In the Garden of Spite by Camilla Bruce was amazing! It was a fictional book about a real historical woman called The Black Widow of LaPorte, who well over a hundred years ago, proved to be one of the world's most prolific women serial killers.
I finished the Orphan X series by Greg Hurwitz and am more than eager for the next book in the series. I also loved the Alex & Eliza trilogy by Melissa de la Cruz and then watched the musical Hamilton. This has keyed me up to read Alexander Hamilton by Ron Chernow in April. I am also eager to read another tome, Anna Karenina by Leo Tolstoy. And then I want to dive into some of Hercules Poirot's cases that are in a couple of huge hardcover volumes in my home library.
Her Revenge by Emma Tallon is another fabulous book, one where we meet a new female protagonist in a London crime family. I loved her previous seven-book series, Anna Davis. In this new book we meet the fearless Scarlet Drew and her Aunt Lily, I also read most of the books in the Fox and O'Hare series by Janet Evonavich, Lee Goldberg and Peter Evonavich. I am eager to get to the last book in this series in April, The Bounty, which was co-written with Steve Hamilton. A notable book I read was Just My Luck by Adele Parks. This book showed just about every bad thing that could happen when a couple become instant millionaires due to the lottery.
Another great series that I read was the Veronica Speedwell series by Deanna Raybourn. I can't wait for the next book! I also had a great early read of The Maidens by Alex Michaelides. It is his sophomore book; his debut book was The Silent Patient. I loved his new book and found it to be spectacular. Earlier this year I read Remember Lisa Genova, so in March I read Still Alice and then watched the movie. I love this author and have lined up her other books to read in April. I also revisited my favorite girls, the March sisters, with another reread of Little Women by Louisa May Alcott. I just have to read this book again every few years.
March was good to me in other ways as well. I successfully completed 19 blog tours for the month and have already made a dent into April's upcoming blog tours. I have also managed to film, edit and upload 30 YouTube videos, which are mostly book reviews. Considering my anxiety, that was a huge feat!!
I am thrilled that I was able to finish two diamond paintings: 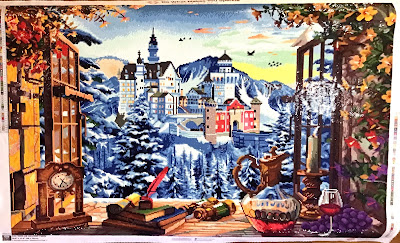 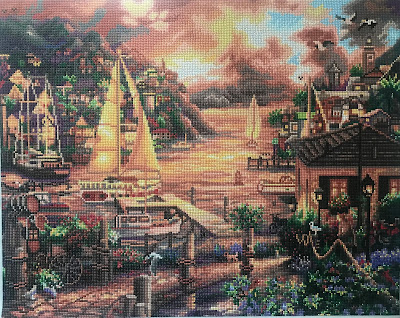 Catching Dreams by Chuck Pinson
Below are screenshots of each book cover and the ratings for each title that I read in this first quarter of 2021. Each cover and title are clickable directly to the Goodreads page for each book.

So, that is it for this first quarter. Now onto the next three months!