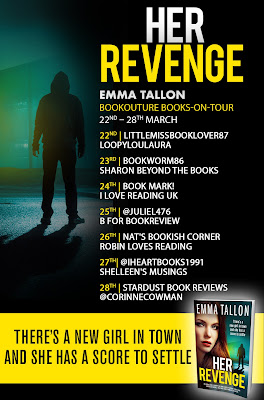 Fans of Martina Cole and Kimberley Chambers will love this gripping new book from Emma Tallon, set in the same world as her bestselling Tyler Family series.
There’s a new girl in town and she has a score to settle.
Scarlet Drew isn’t to be messed with. As the daughter of a notorious London gangster, she’s got enough street smarts to take on the world. But when the most important person in Scarlet’s life is murdered in cold blood on the East End streets where she grew up, she can only think of one thing – revenge.
Scarlet’s aunt Lily is fierce, straight-talking and a force to be reckoned with. As head of the family firm and queen of the London underworld, she welcomes her niece into the business and swears to help her get revenge – after all, family comes first.
Scarlet soon discovers that the murder is just one part of a plot by a rival firm to take down the entire Drew empire. She stands shoulder to shoulder with her aunt, ready to fight back, but these new enemies are the most dangerous threat the Drew family has ever faced.
As everything they’ve built begins to crumble, Scarlet’s estranged cousin Ruby suddenly comes back into the firm, with a revelation that could tear the Drews apart once and for all. But can she be trusted? As Scarlet faces up to her enemy, one thing is for sure: family means everything to her and she will stop at nothing to protect it, even if it means putting her own life at risk.
Strong women, family dramas and nail-biting tension make Her Revenge a book not to be missed!
BUY LINK:
Amazon Universal Link: https://geni.us/B08V5H7BGYSocial
MY THOUGHTS: 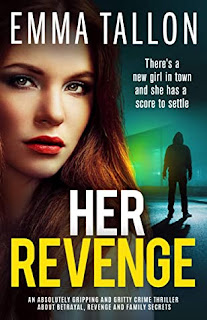 Title:   Her Revenge
Author:  Emma Tallon
Series:  Drew Crime Family #1
Genre:   Mystery/Thrillers
Publisher:  Bookouture
Format:  Kindle ARC
No. of Pages:   364
Date of Publication:  March 22, 2021
My Rating:  5 Stars
If you are a fan of Emma Tallon, then you just might have read the seven books in her Anna Davis series, which is now complete. Never fear, because if you have enjoyed playing audience to an influential crime family, then be prepared to meet Scarlet Drew. Just as Anna was someone you wouldn't want to be your enemy, the same goes with Scarlet.
Scarlet was the daughter of a notorious London gangster. However, just about to finish college, Scarlet has set her sights elsewhere. However, after her father was murdered, Scarlet became filled with revenge and soon proves that she is someone to be feared, just as her father was.
However, there is Scarlet's aunt Lily, a tough as nails woman who is not going to take the murder of her brother lying down. In fact, she was pretty much heading the family and has long been known queen of the underworld. How will Lily feel when Scarlet finally joins the family business? Will both of them be able to work together to take the revenge they both deserve?
Scarlet and Lily soon prove quite stalwart. They soon discover that there is a rival family who will stop at nothing to destroy their empire, and that just might include the fact that Lily's estranged daughter Ruby tries to elbow her way back into the family. Readers see the drama surrounding Ruby and the toll that it takes on Lily, Scarlet and the rest of the family.
While the London underworld may be vast, it can be quite small. In fact, readers are treated to more than one cameo from the Tyler's. Speaking of that other firm, I was completely pulled into Anna and Freddie's stories and their drama. Does Scarlet and her family measure up? Well, my rating of five stars says yes.
I don't know why I love these stories of the underworld, but when you have a writer as talented as Emma Tallon, well, enough said. She writes compelling stories with strong characters, and she certainly has done a fine job in presenting Scarlet, a woman who is intelligent, resilient, compassionate and, well, brutal, when it is called for. I am eager for book two in this series as this book, Her Revenge, was a fast-paced, thrilling story that has definitely whet my appetite for more.
Many thanks to Bookouture and to NetGalley for this ARC for review. This is my honest opinion. 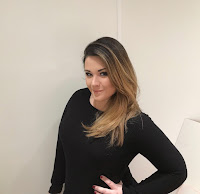 Emma Tallon is a British author of gripping, gritty, organised crime thrillers and mother of two. Having started her writing career as a freelance ghostwriter, Emma finished her first novel, Runaway Girl, in 2016, and became an author full time. Since then she has written several other novels for her publisher and has carved out a successful career for herself from her home in Milton Keynes, where she can usually be found typing away in her office surrounded by large stacks of books and Post-it Notes full of ideas for future stories.