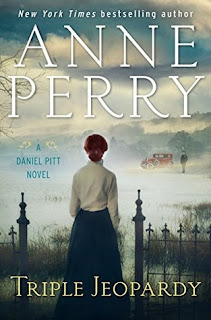 DESCRIPTION:
Young lawyer Daniel Pitt must defend a British diplomat who's accused of a theft that may hide a deadly crime in this compelling novel from the New York Times bestselling author of Twenty-one Days.

Daniel Pitt, along with his parents, Charlotte and Thomas, is delighted that his sister Jemima has returned to London from the States for a visit. But it's not on the happiest of terms, since a violent theft just before her departure has left Jemima's good friend frightened and missing a treasured family heirloom. The thief appears to be a man named Sydney--a British diplomat stationed in America who, in a cowardly move, has fled to London, claiming diplomatic immunity.

But when Daniel is forced to defend Sydney in court, he grows suspicious that he's not getting the whole story; so the lawyer puts on his detective hat to search out what information may be missing. With the help of plucky scientist Miriam Blackwood, Daniel parses through the evidence, and what begins as a stolen necklace turns out to have implications in crimes far greater--including a possible murder.

Daniel Pitt is a young lawyer called onto defend a British diplomat who has been accused of murder. Meanwhile, Daniel, as well as his parents, Charlotte and Thomas, are quite pleased that his sister Jemima is visiting from the States. She doesn't come home happy, however, because, shortly before her trip, Jemima's good friend was assaulted and is now missing a family heirloom.

Daniel must not defend the man accused of taking the heirloom, someone named Phillip Sidney, who made a rapid departure to London, and who has claimed diplomatic immunity. From the outset, Daniel is torn. Daniel feels that he may not be getting whole truth from Sidney and goes further than his role as attorney. He now becomes a detective of sorts, trying to discover any missing pieces. As facts are revealed, Daniel soon realizes that more than theft has occurred, there may indeed be a murder involved.

While Daniel pursues facts, he calls on his friend, Miriam Croft, who is a pathologist, to assist him. Meanwhile, Daniel would rather be enjoying time spent with his family, including his little nieces. But, he is dedicated to his task of either representing Sidney, and, at the very least, uncovering the truth.

This is a terrific story, set back in history a bit, and is full of intrigue, as well as a strong connection to family. I enjoyed the slow burn involved when it came to Daniel and Miriam, as they became closer as friends. This thrilling read had a powerful conclusion. Triple Jeopardy is the second book in the Daniel Pitt series. I look forward to continuing to read this series by Anne Perry.

Many thanks to Ballantine and to NetGalley for this ARC to review in exchange for my honest opinion. 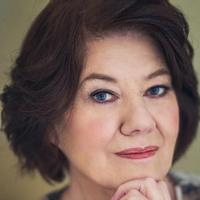 I was born in Blackheath, London England in October 1938.

I spent my earliest years moving around a bit during and immediately after the war. At aged six I was severely ill, so much so that the doctor told my mother he would be back in the morning to sign my death certificate.

However I had a lot more illness, and at eight I was sent to the Bahamas to live with a family who fostered me, and thus saved my life. After the Bahamas they moved to a private island off the coast of New Zealand, where I lived a Swiss Family Robinson style of independence. We did a lot of fishing, building, boating etc.

By the time I was ten, I had missed three years schooling. Fortunately my mother had taught me to read and write by the time I was four, so I always loved books, and was able to catch up.

However at thirteen I became ill again and was off school from then on. So that may be of some encouragement to those who had missed much formal education. In many areas it is possible to catch up, even to do well, especially if you have parents who encourage you, which I certainly did have.

Although I had various jobs there was never anything I seriously wished to do except write. It was my father who was responsible for encouraging me to write my ideas down. However, I was in my twenties before I started putting together the first semblance of a book, I was living in the county of Northumberland, in a small town called Hexham, not far from Hadrian's wall, when I started writing the first draft of Tathea. When I did finally begin that book in earnest, just a few years ago, I was able to use the original manuscript for reference.

It took many years before my first book was accepted for publication, by which time I was in my late thirties. During those years I had various jobs in order to earn an income: clerical, retail selling, fashion, air stewardess, ship and shore stewardess, limousine dispatcher and insurance underwriter.

I began writing mysteries set in Victorian London on a suggestion from my stepfather as to who Jack the Ripper might have been. I found that I was totally absorbed by what happens to people under pressure of investigation, how old relationships and trusts are eroded, and new ones formed. THE CATER STREET HANGMAN, the first to be accepted for publication and came out in 1979. I don't know how many books I wrote before that. I do remember how thrilled I was when I finally had one in print!

I began the Monk series in order to explore a different, darker character, and to raise questions about responsibility, particularly that of a person for acts he cannot remember. How much of a person's identity is bound up in memory? All our reactions, decisions, etc. spring from what we know, have experienced. We are in so many ways the sum of all we have been!

I lived in Southern California for five years --- and loved it, then returned to England when my stepfather became seriously ill.

I have continued with the Victorian mysteries because I have come to love both the characters and the period. I like the contrast between glamour and squalor, the endless variety in the capital of Empire, largest port in the world, with men and goods for every quarter of the earth, and the immense energy of optimism. I have loved the whole series because it is in a way the end of history and the beginning of the modern world, a time in Europe of unprecedented challenge and change, a test of who we are, and who we wish to be.

I have lots of ideas ahead, but I am not ready to speak about them yet. My publisher has to be the first to know. But I shall continue the Pitts, Monks, and Christmas novellas as long as anyone is still interested in reading them.

TATHEA and COME ARMAGEDDON are entire in themselves, and reflect more than anything else I have written, my religious and philosophical beliefs, and therefore I care about them in a unique way. They have caused people to ask if I am a member of The Church of Jesus Christ of Latter Day Saints --- yes, I am, and have been for about forty years.