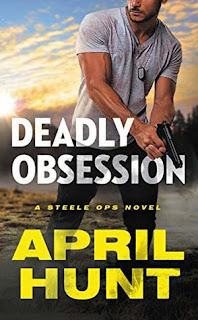 DESCRIPTION:
“April Hunt’s romantic suspense will keep you on the edge of your seat.”—New York Times bestselling author Lori Foster

Someone is watching their every move.

After a lifetime spent in and out of hospitals, Zoey Wright is tired of playing it safe. She’s ready to take charge of her own life and get out of her comfort zone, starting with a new job as a CSI agent. But when her childhood crush Knox Steele gets pulled onto her case, Zoey needs to put her feelings for him aside or more women will die at the hands of the serial killer preying on her hometown.

Former Army Ranger Knox Steele is back in Washington to help his brothers open an elite private security firm. He never expected to stumble onto a crime scene, or see his best friend’s little sister working it. Zoey is all grown up now, and the attraction between them is electric, despite his best efforts to resist it. But all that changes for Knox when he realizes the victims have one thing in common . . . and Zoey might be next.

Zoey Wright has taken charge of her life. Born with a serious heart defect, and having gone through several major surgeries, she has just begun a new job as a CSI agent. In her current case, she is more than a bit nonplussed when someone she had a serious crush on when she was younger is pulled into it. Zoey must fight her feelings for Knox Steele and focus on the fact that a serial killer seems determined to kill as many women as possible.

Knox is in town because he and his brothers are intent on opening an elite private security firm. When he happens upon a crime scene, he is rather disturbed to see that his best friend's little sister is working the case. Well, she is not so little any longer, and Knox must fight his growing attraction to her. As much as this fight is intense, a bigger fight soon presents itself when it seems that Zoey herself might actually become a victim. So, Knox and Zoey end up together - in more ways than one.

While the romance is developing and the search for the killer ensues, readers are introduced to the other members of the Steele and Wright families. This no doubt sets the reader up for future books in this new series by April Hunt. I am thrilled that I got to read it and am eager to continue with this series. If you enjoy intrigue, romance and family, then you will be glad to read this book. I found it to be quite intense and pretty much read this book in one sitting.

Many thanks to Forever and to NetGalley for this ARC to review in exchange for my honest opinion. 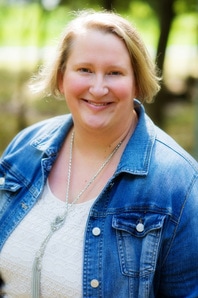