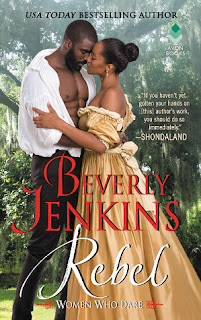 Valinda Lacey's mission in the steamy heart of New Orleans is to help the newly emancipated community survive and flourish. But soon she discovers that here, freedom can also mean danger. When thugs destroy the school she has set up and then target her, Valinda runs for her life—and straight into the arms of Captain Drake LeVeq.

As an architect from an old New Orleans family, Drake has a deeply personal interest in rebuilding the city. Raised by strong women, he recognizes Valinda's determination. And he can't stop admiring—or wanting—her. But when Valinda's father demands she return home to marry a man she doesn't love, her daring rebellion draws Drake into an irresistible intrigue.

History is changing in New Orleans. Valinda Lacey is happily busy as she is educating newly freed slaves. She is teaching more than reading and writing. She is also teaching basic skills. Sadly, thugs destroy her school. Then she is targeted. When she receives the aid of Captain Drake LeVeq, more than reestablishing her school is on tap. She just might lose her heart.

Drake is an architect and he has plans on rebuilding in New Orleans. When he sees that Valinda is in trouble, he sets out to, at the very least, help her rebuild. As drawn as he is to the beautiful woman, he does his best to respect the fact that her father has promised her to another.

Valinda is in dire straits when it comes to the demands of her father. She does not love her intended, but her father is more than insistent as he is very controlling. She really likes Drake, but he strives to remain honorable to respect the wishes of her father.

Things change, however, and the two strike a path that will no doubt lead to a wonderful future together. Inasmuch as romance is key in this story, this time in history is pivotal. Just because emancipation has occurred, and New Orleans is being reconstructed does not mean times are easy. As it is, Valinda's school was destroyed, as mentioned. There is further danger and Valinda and Drake work together as best they can.

Rebel  is the first book in the Women Who Dare series. No doubt, as engaging as this book was, future offerings will be just as compelling. I very much look forward to the next book in this series, as well as finding the time to peruse Ms. Jenkins backlist.

Many thanks to Avon and to NetGalley for this ARC to review in exchange for my honest opinion. 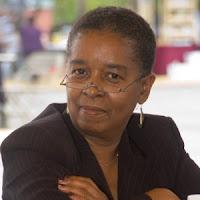