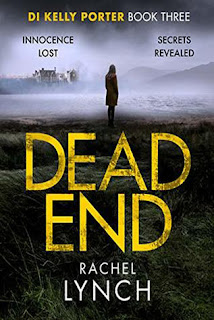 DESCRIPTION:
When the seventh Earl of Lowesdale is found hanging from the rafters at Wasdale Hall, everyone assumes the aging, hard-partying aristocrat had finally had enough of chasing the glory of his youth. But when the coroner finds signs of foul play, DI Kelly Porter is swept into a luxurious world where secrets and lies dominate.

At the same time, two young hikers go missing and it’s up to Kelly to lead the search. But digging deeper reveals ties to two other unsolved disappearances and Kelly and her team find themselves in a race against time.

Now, as all roads of both investigations and Kelly’s own family secrets lead to Wasdale Hall it becomes more important than ever for Kelly to discover the devious truths hidden behind the walls of the Lake District’s most exclusive estate...

Royalty is still in full force in today's day and age, and DI Kelly Porter is on the case of trying to discover why the seventh Earl of Lowesdale has been found dead in his palatial home. While at the same time, Kelly is charged with finding the location of two missing hikers.

What Kelly and her team soon realize is that there were very deep secrets hidden and what is worse, there are other disappearance from years past that are apparently connected.

There is definitely a personal edge in this story. First, with the earl and his grandson. Also, the grandson's relationship with the staff is compelling. As regards this murder, there were revelations revealed that were truly shocking. Then, when it came to the missing hikers, two girls, as well as the past case, it was also very shocking to discover the facts.

While reading the third in the exciting DI Kelly Porter series by Rachel Lynch, be prepared to turn the pages quickly to see how Kelly works while at the same time balancing her private life. It has been several months since I had the opportunity to read the first two books in this series, but it remained completely compelling.

The other books in this series, are Dark Game, Deep Fear, Bitter Edge and Bold Lies.