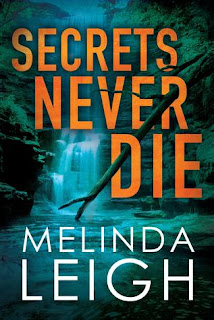 DESCRIPTION:
The #1 Amazon Charts bestselling series continues as Morgan Dane and PI Lance Kruger fight for the innocence of a young murder suspect—if only they could find him.

When a retired sheriff’s deputy is shot to death in his home, his troubled teenage stepson, Evan, becomes the prime suspect. Even more incriminating, the boy disappeared from the scene of the crime.

Desperate to find her son, Evan’s mother begs PI Lance Kruger for help. She knows her son is innocent. Kruger and defense attorney Morgan Dane want to believe that too, but the evidence against the boy is damning. Just as the trail goes cold, another deputy vanishes. His shocking connection to Evan’s stepfather throws the investigation into chaos as Lance and Morgan fear the worst…that Evan is the killer’s new target.

With so many secrets to unravel, will Lance and Morgan find him before it’s too late?

Morgan Dane is a defense attorney. She works along with Lance Kruger who is a P.I. The two are newly engaged and were once in a relationship when they were in high school. When a teen boy is the primary suspect in the murder of a sheriff's deputy, Morgan and Lance investigate the death and try to prove the boy's innocence.

Morgan and Lance are finally settling into domestic life, and have just dealt with the difficult scenario of Morgan's three little girls dealing with the flu. Just as things settle down and they could possibly get a good night's sleep, they receive a phone call that throws them into a complicated case.

When they discover the shooting of the deputy and the fact that the stepson is missing, Lance is eager to help. He coaches Evan in hockey and is positive Evan couldn't be the killer. But Evan has disappeared and Lance and Morgan desperately try to discover his whereabouts.

Secrets Never Die is the fifth book in the Morgan Dane series. I haven't had the opportunity to read the previous novels, and I think this did great as a standalone. While the couple struggle to locate Evan, he is on the run for his life. There are a lot of clues, and sadly, a few point to his guilt. But, again, Lance knows Evan couldn't have been capable of such a brutal crime.

What a thrilling story! Much like a chase, from beginning to end. The thing is, the reader knows from the very outset that Evan isn't the killer. Now Morgan and Lance have to find him, and also discover the true killer. I found this story by Melinda Leigh to be captivating from the very first page and the tension, drama and danger never let up. I will most definitely continue the series. The next book is Save Your Breath, scheduled for release this September.

Many thanks to Montlake Romance and to NetGalley for this ARC to review in exchange for my honest opinion. 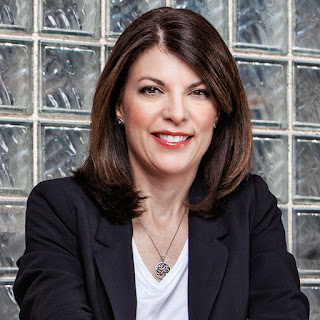 Wall Street Journal and #1 Amazon Charts bestselling author Melinda Leigh is a fully recovered banker. A life-long lover of books, she started writing as a way to preserve her sanity while raising her kids. Over the next few years, she learned a few things about writing a book. The process was much more fun than analyzing financial statements, and she decided to turn her hobby into a career.
Her debut novel, SHE CAN RUN, was nominated for Best First Novel by the International Thriller Writers. Since then, she has garnered numerous publisher awards, including two Silver Falchions and three Golden Leaf Awards. She is a two-time RITA® Award Finalist and has earned three Daphne du Maurier Award nominations. Melinda’s books have sold over 6.5 million copies.
She holds a 2nd degree belt in Kenpo Karate. She’s dabbled in Arnis stick fighting, studied Brazilian Jiu-Jitsu, and taught women’s self-defense. She lives near the beach with her family and a small herd of spoiled rescue pets. With such a pleasant life, she has no explanation for the sometimes dark and disturbing nature of her imagination.