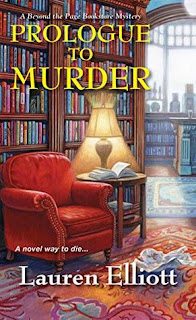 DESCRIPTION:
After a career working with rare books at the Boston Public Library, Addie Greyborne is back in her seaside New England hometown—where unfortunately, murder is not so rare . . .

Gossip columnists love a bold-faced name—but “Miss Newsy” at Greyborne Harbor’s local paper seems to specialize in bald-faced lies. She’s pointed a finger of suspicion at Addie after librarian June Winslow never makes it home from a book club meeting. And when June’s found at the bottom of a steep flight of stairs, Addie’s not only dealing with a busybody, but a dead body.

It’s a good thing the guy she’s dating is the police chief. But both the case and her love life get more complicated when a lanky blonde reporter from Los Angeles shows up. She’s trying her hardest to drive a wedge between the couple . . . as if Addie doesn’t have enough problems dealing with angry townspeople. Despite all the rumors, Addie doesn’t know a thing about the murder—but she plans to find out. And the key may lie in a book about pirate legends that June published. Now she just has to hunt down the clues before she becomes a buried treasure herself . . .

Addie Greyborne finds herself dead smack in the middle of a gossip column when a "Miss Newsy" points the finger at her after the town's librarian, June Winslow, disappears after a book club meeting. Shockingly, soon after Ms. Winslow is found dead. It is actually a blessing that Addie is involved with the police chief, Marc, or else she just might be in more hot water than she already is.

The gossip has hurt her and her business. Meanwhile a reporter breezes into town. This reporter seems dead set on creating problems for Addie right from the outset. Addie really wants two things: to find Ms. Winslow's murderer, and for business to pick back up. Her skills as a keen researcher come in handy as never before.

Addie begins digging deep and clues lead her to a book June once published. However, the deeper she digs, the more danger she finds herself into. Before moving to the small town, Addie worked for the Boston Public Library and was an exceptional researcher. It is these very skills that will help her now.

I read the first book in this series, Murder by the Book, and enjoyed it a bit better. This read was pleasant, but there were some conflicts that I felt got in the way of the story. Nonetheless, I look forward to reading the next book in the series, Murder in the First Edition, when it is released in September. 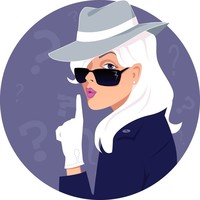 USA Today Best-Selling author Lauren Elliott grew up devouring the entire Nancy Drew series and then graduated to Victoria Holt, Agatha Christie, Barbara Erskine, Lynn Kurland, and Michael Crichton to name a few of her favorite authors. When it came time for post-secondary education, journalism seemed like the logical choice as she had written for as long as she could remember. Soon after graduation, while working for a small publication, she discovered that reporting wasn’t what fueled her writing passions.  As someone with an additionally strong background in professional theatre who had the love of storytelling and captivating and holding an audience, her fiction-writing career began to take centre stage.

Her Books and Writing

Lauren's imagination is boundless. All of her books, whether they explore different aspects of the paranormal with a dab of romance, fantasy or is a suspense filled cozy murder mystery. Her writing never fails to take her readers on a gripping page-turning adventure.