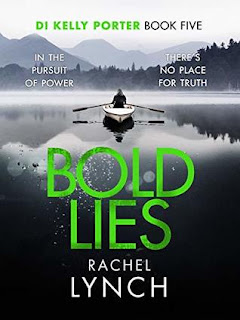 DESCRIPTION:
An investigation leads Kelly back to her former command… and the ex who betrayed her

A brutal murder in the Lake District.

A double assassination in a secret lab in London’s west end.

Seemingly unconnected, unexpected links between the gruesome crimes emerge and it’s up to DI Kelly Porter to follow the trail – all the way to the capital.

Back amongst old colleagues and forced to work alongside her calculating ex, DCI Matt Carter, Kelly must untangle a web of deceit that stretches into the highest echelons of power. A place where secrets and lies are currency and no obstacle is insurmountable.

DI Kelly Porter is in a good place in her life. She is in a relationship with Johnny, who works for mountain rescue. Kelly and Johnny work together on certain cases. However, the most recent murder case that Kelly is on leads her back to London - and to face her ex, DCI Matt Carter. Kelly's case is critical, so dealing with Matt at the same time certainly is not easy.

Beyond dealing with Matt, Kelly is shocked to discover that the horrid murder, which was actually a double assassination involving a secret lab, has far reaches involving incredible deceit. No doubt this raises many questions that Kelly must unravel.

Bold Lies is the fifth book in the DI Kelly Porter series. I adore this series! I have read all four previous titles and have really come to know Kelly and the other supporting characters. This series keeps on getting better and better and this indeed was my favorite. I really loved how Kelly had to deal with such a serious case, while balancing her old relationship with someone that she was forced to temporarily work with. I must admit to worrying about Kelly's relationship with Johnny. This is simply an example of the layers that Rachel Lynch adds to her stories.

For an excellent addition to your reading library, I highly recommend this entire series. The first four books in the series are Dark Game, Deep Fear, Deep End and Bitter Edge. I am quite eager for this series to continue.