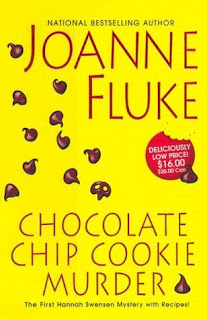 Hannah Swensen already has her hands full, between dodging her mother's attempts to marry her off, and running Lake Eden, Minnesota's most popular bakery, The Cookie Jar. But when the Cozy Cow Dairy's beloved deliveryman is found murdered behind Hannah's bakery with her famous Chocolate Chip Crunchies scattered around him, Hannah sets out to track down a killer. The more Hannah snoops, the more suspects turn up. This is one murder that's starting to leave a very bad taste in Hannah's mouth, and if she doesn't watch her back, her sweet life may get burned to a crisp.

Hannah Swensen is a busy woman who is running Lake Eden, a popular bakery in Minnesota. When she is not creating culinary delights, her mother is trying to fix her up. Hannah isn't ready to settle down, and even if she is, she definitely does not want her mother's help. Hannah is devastated to discover a local delivery man dead, so she is determined to find the killer.

It is not as simple as creating delicious new recipes. No, every time Hannah thinks she has a bead on the  murderer, yet another suspect pops up. Will she be able to use her deductive reasoning skills to identify the killer, but be smart enough not to be his next victim?

If you enjoy reading cozy mysteries as much as I do, and will like the benefit of yummy recipes along the way, by all means grab a copy of this book.

Chocolate Chip Cookie Murder is the first book in the Hannah Swensen series. I look forward to trying to read a book a month for as long as it takes. With twenty-four books in the series to-date, and the twenty-fifth coming in February, 2020, I have quite a bit to look forward to. 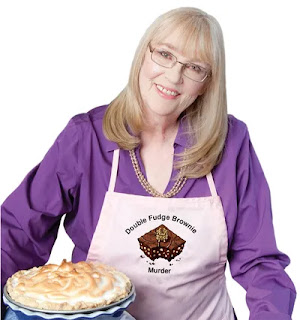 Joanne Fluke has baked over 500,000 chocolate chip cookies for fans of her Hannah Swensen mysteries since the series debuted in 2000, not to mention countless pies, cakes, muffins and other sweets.  However, it’s not just the desserts that keep readers clamoring for her next novel.  Reviewers have long praised Fluke’s work, with Kirkus Reviews calling her novel PEACH COBBLER MURDER, “her tastiest yet.”  Publishers Weekly said her holiday Hannah Swensen Mystery, SUGAR COOKIE MURDER, is “a delectable culinary romp…[with] wacky and delightful characters.”


Fluke’s CHERRY CHEESECAKE MURDER marked her debut onto The New York Times bestseller list in March 2006, and she followed up that success again a year later in March 2007 with her second New York Timesbestseller, KEY LIME PIE MURDER, praised by Publishers Weekly as “Yummy…Fluke has developed a charming supporting cast—all feel like friends by the time the murder is solved.”