Review - Lying Next to Me 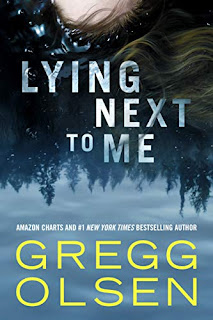 Adam and Sophie Warner and their three-year-old daughter are vacationing in Washington State’s Hood Canal for Memorial Day weekend. It’s the perfect getaway to unplug—and to calm an uneasy marriage. But on Adam’s first day out on the water, he sees Sophie abducted by a stranger. A hundred yards from shore, Adam can’t save her. And Sophie disappears.

In a nearby cabin is another couple, Kristen and Connor Moss. Unfortunately, beyond what they’ve heard in the news, they’re in the dark when it comes to Sophie’s disappearance. For Adam, at least there’s comfort in knowing that Mason County detective Lee Husemann is an old friend of his. She’ll do everything she can to help. She must.

But as Adam’s paranoia about his missing wife escalates, Lee puts together the pieces of a puzzle. The lives of the two couples are converging in unpredictable ways, and the picture is unsettling. Lee suspects that not everyone is telling the truth about what they know—or they have yet to reveal all the lies they’ve hidden from the strangers they married.

"No matter what you see, no matter what you’ve heard, assume nothing." What an ominous statement! With that thought rolling through my mind, I began Lying Next to Me. The story is about the disappearance of Sophie Warner. Sophie, husband Adam and their three-year-old daughter, Aubrey, were spending Memorial Day weekend together. Sophie and Adam were experiencing a rough patch, but it was hoped a few days together would make things better. They barely got a chance to begin patching things up, however, because while Adam was on the water the first day with Aubrey and was away from shore, they were close enough for Adam to see Sophie abducted. There was absolutely nothing that Adam could do.

There are only three cabins where they are staying, and in one cabin, a woman with her small grandchildren doesn't see anything. There is a couple in the other cabin, Kristen and Connor Moss, but they, too, are of no help. Adam is very hopeful that his friend, Lee Husemann, happens to be the detective on the case. At the very least, Adam is comforted by the fact that Lee will pull out all of the stops to try and determine what has happened to Sophie.

There is one eyewitness, and with his help, Lee begins putting together the pieces of the puzzle. Of course, Adam claims innocence. However, the story is delivered in more than one point of view, and  one of those is Connor. His dialogue is quite interesting and slowly things begin to fall into place. While Lee knows at least one person is lying, she is die-hard determined that Adam is innocent all across the board.

After all, nothing you believe to be true actually is, so by far, most readers will be left guessing. I literally could not work it out and was shocked, to say the least, when the killer was revealed. All the while, not only is Adam and Lee's past revealed, but Connor's involvement is pivotal. Lastly, the phrase "unreliable narrator" with the various characters could never be more apropos than in this book. With quick dialogue, great intrigue, terrific pacing, more than one red herring and a stunning conclusion, this book by Gregg Olsen is an excellent read.

Many thanks to Thomas & Mercer and to NetGalley for this ARC to review in exchange for my honest opinion. 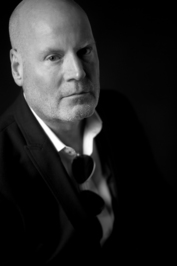 Throughout his career, Gregg Olsen has demonstrated an ability to create a detailed narrative that offers readers fascinating insights into the lives of people caught in extraordinary circumstances.

In addition to television and radio appearances, he has been featured in Redbook, USA Today, People, Salon magazine, Seattle Times, Los Angeles Times and the New York Post.

The Deep Dark was named Idaho Book of the Year by the ILA and Starvation Heights was honored by Washington's Secretary of State for the book's contribution to Washington state history and culture. His Young Adult novel, Envy, was the official selection of Washington for the National Book Festival. The Boy She Left Behind was a finalist for the International Thriller Writers (ITW) award for best YA novel in 2018.


Olsen, a Seattle native, lives in Olalla, Washington with his wife, twin daughters, three chickens, Milo (an obedience school dropout cocker spaniel) and Suri (a mini dachshund so spoiled she wears a sweater).