Review - The Thief of All Light 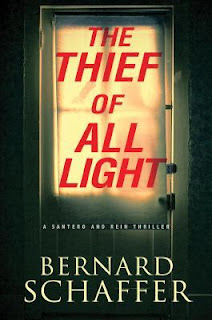 "It was one thing to fantasize about evil, to reach into the darkness and play with it a little . . ."

Rookie cop Carrie Santero has always been fascinated by serial killers. As a teenager, she wrote a letter to Charles Manson in prison--and received a chilling reply. Then she came face to face with a child murderer in her small Pennsylvania town, an encounter that haunts her to this day. Now, as a detective in training, she finally has her chance to make a difference; to hunt down a psychopathic sadist who embodies the very nature of evil itself.

". . . but it was something different when it knew your name."

The killer draws inspiration from the most twisted minds in modern crime. Ted Bundy. John Wayne Gacy. Ed Gein. The Green River Killer. As the body count rises, Carrie and her boss, Chief Bill Waylon, realize they're dealing with an unpredictable "omnikiller" who cannot be profiled. Their only hope is to enlist the help of Jacob Rein, a brilliant but tarnished former detective who has plumbed the darkest recesses of the soul. Who has seen the heart of darkness. And whose insights on evil could lead Carrie to the point of no return.
Link to purchase the book

A story about detectives written by a detective. In this thrilling start to a new series by Bernard Schaffer, Carrie Santero is a rookie cop who has managed to become a detective in the small town of Pennsylvania where she lives. Carrie has always had a fascination with the criminal mind. When she was a teenager, she wrote a letter to Charles Manson. Now, she faces a killer that is much too much like Manson.

Carrie is facing a child murderer. She is training and has the help of a former detective Jacob Rein. He has had some very dark cases over his career, and although he is no longer a cop, proves to be invaluable with Carrie's first murder case. Carrie's boss, Chief Bill Waylon, is tough but dedicated. When they realize the murderer they are after embodies the worst criminal minds wrapped up in one, Jacob proves to be invaluable to them.

Reading books written by cops are hit or miss for me. In some cases they are far too gruesome. While this book was incredibly intense, with some scenes that will take me a while to forget, there is no doubt that Schaffer's experience shines brightly in his writing. I was definitely captured by the intelligent writing, the case, the mind of the psychopathic killer and the teamwork involved when it came to taking down a brutal killer.

I have the second book in this series, An Unsettled Grave, for review, so I felt impelled to read this title, The Thief of All Light, first. I wanted to get to know Carrie and Jacob Rein. It was good to see how such a young woman could become a detective. It was also good to see how strong and intelligent she is. I have already read the second book and will definitely be following this series. 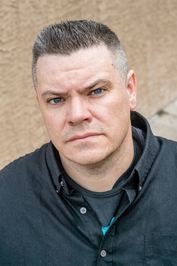 Bernard Schaffer is the author of the Santero and Rein Thriller Series from Kensington Publications. AN UNSETTLED GRAVE, the second in the series, is available now.

Prior to that, Schaffer was a prolific independent author and publisher with works that included best-selling titles such as SUPERBIA, WAY OF THE WARRIOR, and more.

In addition to writing, Schaffer is the father of two children and a full-time police detective in the suburbs of Philadelphia, PA