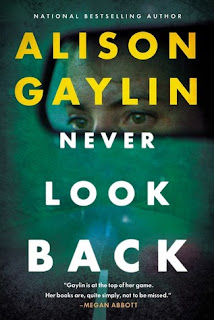 Reminiscent of the bestsellers of Laura Lippman and Harlan Coben—with a Serial-esque podcast twist—an absorbing, addictive tale of psychological suspense from the author of the highly acclaimed and Edgar Award-nominated What Remains of Me and the USA Today bestselling and Shamus Award-winning Brenna Spector series.

When website columnist Robin Diamond is contacted by true crime podcast producer Quentin Garrison, she assumes it's a business matter. It's not. Quentin's podcast, Closure, focuses on a series of murders in the 1970s, committed by teen couple April Cooper and Gabriel LeRoy. It seems that Quentin has reason to believe Robin's own mother may be intimately connected with the killings.

Robin thinks Quentin’s claim is absolutely absurd. But is it? The more she researches the Cooper/LeRoy murders herself, the more disturbed she becomes by what she finds. Living just a few blocks from her, Robin’s beloved parents are the one absolute she’s always been able to rely upon, especially now amid rising doubts about her husband and frequent threats from internet trolls. She knows her mother better than anyone—or so she believes. But all that changes when, in an apparent home invasion, Robin's father is killed and her mother's life hangs in the balance.

Told through the eyes of Robin, podcaster Quentin, and a series of letters written by fifteen-year-old April Cooper at the time of the killings, Never Look Back asks the question:

How well do we really know our parents, our partners—and ourselves?
Link to purchase the book

Quentin Garrison is a true crime podcaster who is determined to find the identity of the female half of a pair of serial killers from back in the 1970s. Quentin has a very personal connection to the crimes even all these years later. At the time,, the girl's name was April Cooper. Quentin begs a meeting with a website columnist, Robin Diamond, because he truly believes that Robin's very own mother might actually be April.

Robin is shocked and in complete denial. She is absolutely certain that Quentin is dead wrong, yet she uses her own skills and contacts to begin her own investigation. The deeper she digs, the more disturbed she becomes. Things reach a fever pitch when a home invasion leaves Robin's father dead and her mother seriously wounded.

This fast-moving, angst-filled story is told from both Robin's and Quentin's points of view, as well as a series of letters written by April beginning when she was fifteen years old.

Robin certainly does not not want to ever ask her mother directly about the killings, her past, and any memories she might have about that time years ago. She has always been close to her parents, but a wave of internet threats and doubts about her husband begins to create chaos in Robin's mind.

Who can you trust, if not your very own family?

What a dangerous and thrilling ride! The back-and-forth delivery of this story was quite hair-raising. Add to this the twists and turns, as well as questionable characters, and this certainly turned out to be a fantastic read. Alison Gaylin is a new author to me, but I will certainly keep an eye out for future books by her.

Many thanks to William Morrow and to NetGalley for this ARC to review in exchange for my honest opinion. 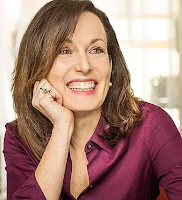 USA Today and International Best-selling author Alison Gaylin has been nominated for the Edgar four times. Most recently, her thriller IF I DIE TONIGHT, won the award in the category Best Paperback Original.

Her critically acclaimed suspense novels have been published in such countries as the U.K., France, Germany, the Netherlands, Norway, Japan and Romania.

She has won the Shamus and RT Reviewers Choice Awards for her books, and has been nominated for the ITW Thriller, Anthony and Strand Book Awards. Her books have been on the bestseller lists in the US, Germany and Belgium.  IF I DIE TONIGHT (out March, 2018 from William Morrow) is her tenth book.

NORMANDY GOLD, the graphic novel she wrote with Megan Abbott, is out from Titan/Hard Case Crime in April, 2018.