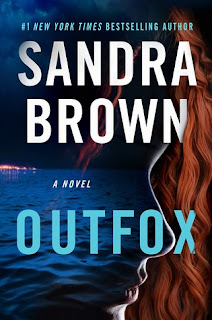 Sure to keep readers on the edge of their seats, this new novel will feature Brown's signature combination of steamy romance and jaw-dropping plot twists.

FBI agent Drex Easton is relentlessly driven by a single goal: to outmaneuver the conman once known as Weston Graham. Over the past thirty years, Weston has assumed many names and countless disguises, enabling him to lure eight wealthy women out of their fortunes before they disappeared without a trace, their families left without answers and the authorities without clues. The only common trait among the victims: a new man in their life who also vanished, leaving behind no evidence of his existence . . . except for one signature custom.

Drex is convinced that these women have been murdered, and that the man he knows as Weston Graham is the sociopath responsible. But each time Drex gets close to catching him, Weston trades one persona for another and disappears again. Now, for the first time in their long game of cat and mouse, Drex has a suspect in sight.

Attractive and charming, Jasper Ford is recently married to a successful businesswoman many years his junior, Talia Shafer. Drex insinuates himself into their lives, posing as a new neighbor and setting up surveillance on their house. The closer he gets to the couple, the more convinced he becomes that Jasper is the clever, merciless predator he's sought--and that his own attraction to Talia threatens to compromise his purpose and integrity.

This is Drex's one chance to outfox his cunning nemesis before he murders again and eludes justice forever. But first he must determine if the desirable Talia is a heartless accomplice . . . or the next victim.

Drex Easton is an FBI agent who has had a singular goal for nineteen years. He is determined to track down a serial killer. When clues point to a man named Jasper Ford, Drex and two fellow agents, Mike Mallory and Gifford Davis, create a plan to catch this man once and for all. Ford has a history of finding wealthy women, killing them and emptying their accounts, and then moving on to the next woman.

This serial killer, going by an alias, is currently married to Talia Shafer, a woman many years younger than him. Drex moves in right next door to them and ingratiates himself into their lives. While the evidence is tenuous at best, Drex is absolutely certain that Jasper is the man that he has been looking for. There are hurdles facing him immediately. For one thing, Jasper doesn't trust him, so Drex must play his cards carefully.

What is more is there is another agent determined to bring Drex's search to an end, ruining him, if possible, even if it means letting a possible serial killer go untouched. So, Drex has more than a lot on his plate. Another thing that Drex must come to terms with his is intense reaction to Talia.

If Jasper plays true to pattern, then Drex knows that Talia's days are numbered. There is another woman, Talia's very good friend, Elaine, and Drex wonders about her safety as well. The question is whether or not Drex can get Jasper to play his hand and thus convince the FBI and the local police that this is the man that has committed at least eight murders.

When I discovered what was driving Drex, I almost dropped my book! What intrigue! This was just one of many things that I did not see coming in this fast-moving story. Every player in this story caught my attention, and that included Mike and Gif, the agents working along with Drex. Also, Jasper got under my skin, and I was also given very good cause to be concerned about Talia and her role in everything.

What a fine job Sandra Brown did with her latest offering! As always, when reading her books, I begin turning pages, forsaking sleep and even food to find out how all of the pieces fit together while awaiting what I knew would be a satisfying conclusion. Needless to say, Outfox did not disappoint. I am eager for her next book. 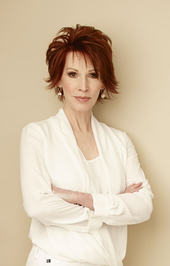