Review - The Girl in the Woods 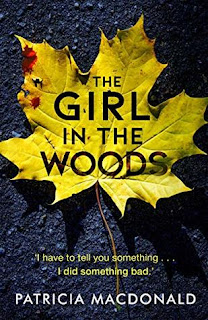 A deathbed confession has chilling consequences in this gripping novel of psychological suspense.

“I have to tell you something … I did something bad”.

Ever since her best friend Molly was murdered fifteen years before, Blair Butler has returned to her small hometown in the Pocono mountains as seldom as possible. Now she has been summoned home to see her terminally ill sister one last time – only for Celeste to make a shocking deathbed confession. Is it really true that the wrong man has spent fifteen years in jail for a crime he didn’t commit?

Having promised her dying sister that she would do her best to right the wrongs of the past, Blair sets out to discover what really happened that cold, wet November night fifteen years before: the night Molly’s battered body was found in the woods behind her home. But is Blair prepared for the shocking truth … ?
Link to purchase the book

Blair Butler receives a phone call she was dreading. Her sister Celeste has just about lost her battle with cancer. She is now on hospice and Blair must travel to help settle her affairs, and that includes sorting out Celeste's young son's future. Blair barely makes it home in time. When she approaaches Celeste's bed, she hears a deathbed confession that rocks her to her very core.

When Blair was 13 years old, her best friend Molly was murdered and a man named Adrian Jones was convicted and has been in prison for years. Celeste tells Blair that Adrian is innocent and that another man has literally gotten away with murder.

Blair sets out to do two things. She desperately strives to exonerate Adrian, and she also tries to find the killer. Blair has no idea what secrets are about to be exposed and what danger she will soon be facing. For starters, the police do not take much stock in what Blair has to say, nor does Adrian or her mother. It appears to be a lost cause, but Blair is relentless.

So. Blair goes around the police by seeking the aid of a reporter named Rebecca Moore and even gets the help of a private investigator, Tom Olson. As a former police officer, Tom might really be able to help Blair. She wants justice served, not only for Molly's murder, but for the innocent man behind bars.

This was a fairly good story, and it went back and forth between the past and present. The history Blair and Celeste had, and how they came to live with their uncle was explored. However, when it came to getting close to discovering Molly's killer, there was an entirely different atmosphere and level of danger. This is my first read by Patricia MacDonald. I will definitely try another one of her books in the future.

Many thanks to Black Thorn and to NetGalley for this ARC to review in exchange for my honest opinion. 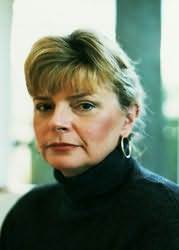 Patricia MacDonald is the author of several psychological suspense novels set in small towns. MacDonald grew up in Greenwich, Connecticut and has a master's degree from Boston College. Before writing her own novels she was a book editor and was once an editor for a soap opera magazine in New York. She is married to writer Art Bourgeau. They live in Cape May, New Jersey and have one daughter.

Her first novel, The Unforgiven, published in 1981, received an Edgar Award nomination from the Mystery Writers of America. Secret Admirer (1995) won the literary prize at the 1997 Deauville Film Festival in France, where MacDonald is consistently a number one bestseller. She’s also been awarded the prize for literature at the International Forum of Cinema and Literature in Monaco.