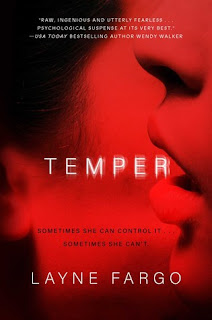 For fans of the high-stakes tension of the New York Times bestsellers Luckiest Girl Alive and The Lying Game, a razor-sharp page-turner about female ambition and what happens when fake violence draws real blood…

After years of struggling in the Chicago theater scene, ambitious actress Kira Rascher finally lands the role of a lifetime. The catch? Starring in Temper means working with Malcolm Mercer, a mercurial director who’s known for pushing his performers past their limits—onstage and off.

Kira’s convinced she can handle Malcolm, but the theater’s cofounder Joanna Cuyler is another story. Joanna sees Kira as a threat—to her own thwarted artistic aspirations, her twisted relationship with Malcolm, and the shocking secret she’s keeping about the upcoming production. But as opening night draws near, Kira and Joanna both start to realize that Malcolm’s dangerous extremes are nothing compared to what they're capable of themselves.

An edgy, addictive, and fiendishly clever tale of ambition, deceit, and power, Temper is a timely, heart-in-your-throat psychological thriller that will leave you breathless.
Link to purchase the book

Kira Rascher is extremely ambitious. She will stop at nothing to get a role on a play named Temper. This would be the role of a lifetime, and it will require her to work with one of the most difficult men in the industry, Malcolm Mercer. He is a director who takes whatever he wants from his performers. Kira is more than aware of Malcolm's reputation, but it doesn't deter her in any way.

Malcolm's theater co-founder, Joanna Cuyler can spot trouble a mile away when it comes to Kira's audition for the play. She is Malcolm's partner in a romantic sense, even though she knows what he does with his actresses. Even so, Joanna is really disturbed by Kira's presence.

Malcolm, Kira and Joanna all have dangerous secrets. These very secrets could indeed affect the play, but more so, their lives. Their desires are base, through and through, and if it takes violence to get what each of them want, well, so be it.

I kind of love it when I read a story where I just about despise everyone. Kudos to Layne Fargo to created such unlikable characters, whether they are primary or secondary. Despite my ire, I have to admit to finding this story enthralling. After all, watching people self-destruct, even when they strive to see others fail, is weirdly entertaining.

I cannot wait to see what this author has on tap next. She wrote a fantastic psychological thriller and I am ecstatic that this debut author could keep me focused from beginning to end. She has an upcoming read in 2020, Learn Her Wrath. I imagine it will be another terrific read.

Many thanks to Gallery and to NetGalley for this ARC to review in exchange for my honest opinion. 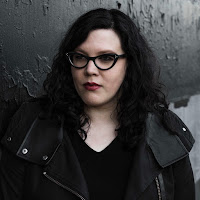 Layne Fargo is a thriller author with a background in theater and library science. She’s a Pitch Wars mentor, a member of the Chicagoland chapter of Sisters in Crime, and the cocreator of the podcast Unlikeable Female Characters. Layne lives in Chicago with her partner and their pets.