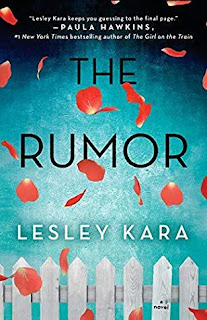 DESCRIPTION:
A single mom discovers just how deadly gossip can be in this irresistible debut thriller inspired by a sensational true crime story, for fans of Big Little Lies, The Couple Next Door, and The Widow.

Joanna is desperate to ingratiate herself with a popular clique of mothers at her son's new school. But when she tries to impress them by repeating a rumor she overheard at the school gates, there's no going back. . . .

Rumor has it that a notorious killer, a woman who has been released from prison years after her brutal crime, is living under a new identity in Joanna's seaside town. So who is the supposedly reformed murderer now living in their neighborhood? Suspicion falls on everyone.

Joanna becomes obsessed with the case, pawing through decades-old records in an attempt to name the killer. But her curiosity not only ostracizes her from the community, but exposes her son and his father to a heartless psychopath who has killed--and may kill again.

How dangerous can one rumor become? And how far will Joanna go to protect those she loves from harm, when she realizes what she's unleashed?

Joanna is going to regret the day she ever said a word....

Joanna wants to be included. When she hears a rumor, then repeats it, she is sure this will give her an in. What Joanna doesn't realize, however, is that she has unleashed something she can never turn back from. The actual rumor is that a woman who killed when she was a child, is living under a new identity right under their noses. So, everyone wonders who this supposed killer is.

Everyone seems rather suspicious. What's more is that just by expounding this rumor Joanna and her young son are now in the path of a psychopath. Regret will not do Joanna a bit of good. After the rumor, when Joanna begins getting threatening notes, supposedly from the killer of many years ago, she no longer feels secure. Instead, she must now focus on keeping herself and her loved ones safe.

Joanna is not alone with things, fortunately for her, her partner, and her son's father, Michael, is a journalist who is not leaving any stone unturned. This certainly raises the intensity of everything going on.

Who would have ever thought that a rumor could lead to so much chaos and danger? What of the woman, acquitted of the murder, trying to lead a quiet life? Well, nothing is quiet for anyone any longer. The twists and turns in this book will keep you both guessing and on the edge of your seat. This debut book is of the highest caliber and I definitely look forward to reading much more by her. 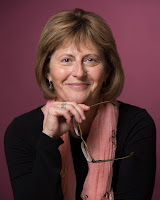 Lesley Kara is an alumna of the Faber Academy ‘Writing a Novel’ course. She completed an English degree and PGCE at Greenwich University, having previously worked as a nurse and a secretary, and then became a lecturer and manager in Further Education. She lives on the North Essex coast.

The Rumour is her first novel.