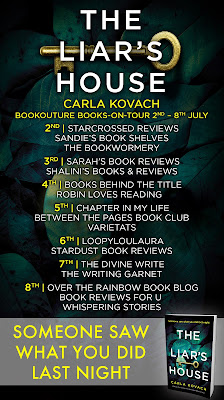 Today is my stop on the Blog Tour for The Liar's House by Carla Kovach.

Samantha stumbled out of the party and on to a busy street only ten minutes away from her home. But she never made it home…

Seven years after Samantha’s disappearance, on what would have been her thirty-fifth birthday, her best friend Diane is shocked to find a letter addressed to Samantha on her doorstep.

Opening the envelope, Diane pulls out a birthday card and a finger nail painted in dusky pink nail polish. The same shade Samantha always wore. The same shade she was wearing the night she went missing.

When police analyse the nail, they don’t get the result they expected. Instead of linking them to Samantha, the nail belongs to another woman, Jade Ashmore. And Jade was murdered the night before the envelope was delivered….

THE COMPLETELY ADDICTIVE NEW CRIME THRILLER FROM BEST SELLING AUTHOR CARLA KOVACH – if you love Lisa Gardner, Robert Bryndza or Clare Mackintosh, you’ll love The Liar’s House. Gripping from the first page – you won’t be able to put it down. 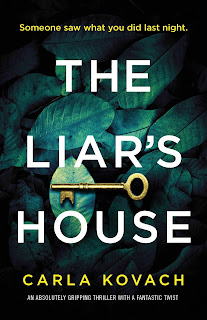 Diane has been grieving the loss of her best friend Samantha for seven years. The police were never ever able to find Samantha as their trail went dry. On the seventh anniversary of her disappearance, Diane receives a letter addressed to Samantha. It is actually a birthday card and it has a fingernail in it. The nail is painted with the very same nail polish Diane remembers gifting to Samantha.

Instead of the police using the DNA on the nail to lead to Samantha, it leads to another woman, Jade Ashmore, and the police were able to find her body. There is a connection, however, it is not quite apparent. Instead, as the police investigate Jade's murder they begin to delve deep into parties with one intention in mind.

The police have several suspects and Detective Gina Harte is hot on the trail. The case becomes very personal to Gina and her boss, and one-time lover, worry that this will affect her objectivity. Gina is determined to use her skills and her unfortunate previous circumstances to stay on the case and to dig as deep as possible. As the connection between the current murder and Samantha's long-ago disappearance become more apparent, Gina becomes even more focused.

The Liar's House is the fourth book in the series. I hadn't read the first two, but did read the previous title, Her Pretty Bones, so I was a bit familiar with Gina, her history and her impeccable work ethics. I enjoy her character, her strength and her dedication. This was a compelling read, especially as it delved into a part of marriage and relationships hardly touched in psychological thrillers. This is a book I was able to read in one sitting. I definitely look forward to this series continuing. 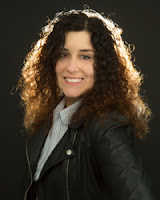 Her latest book, Her Final Hour, has been published by Bookouture. It is the second in the DI Gina Harte crime series.