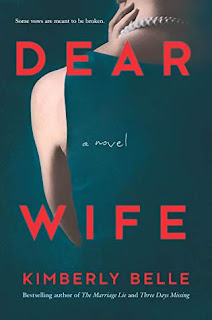 From the bestselling author of The Marriage Lie and Three Days Missing comes a riveting new novel of suspense about a woman who, in a fight for survival, must decide just how far she'll go to escape the person she once loved

Beth Murphy is on the run...

For nearly a year, Beth has been planning for this day. A day some people might call any other Wednesday, but Beth prefers to see it as her new beginning--one with a new look, new name and new city. Beth has given her plan significant thought, because one small slip and her violent husband will find her.

A couple hundred miles away, Jeffrey returns home from a work trip to find his wife, Sabine, is missing. Wherever she is, she's taken almost nothing with her. Her abandoned car is the only evidence the police have, and all signs point to foul play.

As the police search for leads, the case becomes more and more convoluted. Sabine's carefully laid plans for her future indicate trouble at home, and a husband who would be better off with her gone. The detective on the case will stop at nothing to find out what happened and bring this missing woman home. Where is Sabine? And who is Beth? The only thing that's certain is that someone is lying and the truth won't stay buried for long.
Link to purchase the book

In this exciting, heart-stopping book by Kimberly Belle, Beth Murphy has fully executed a well thought-out plan. She has escaped an abusive husband. Having taken on a new name, and with perfectly orchestrated actions, Beth just might be able to start her life over again.

Meanwhile, Jeffrey alerts the police regarding the disappearance of his wife Sabine. The police have very little to go on, because things happened suddenly. What they do find is her abandoned car, and more than a little proof that there may have been foul play.

Sabine's disappearance has been issued to Detective Marcus Durand. At this point in the story, the chapters alternate in three points of view, that of Beth, Jeffrey and Marcus. Things become a thrilling game of cat-and-mouse as Beth strives to stay one step ahead of her violent husband. Also, on the one hand, Jeffrey denies any culpability with regard to Sabine's disappearance. At the same time, Marcus becomes deeply affected by the case. Almost to the point of giving everything up in the interests of locating the missing woman.

As Marcus digs deeper, he discovers that Sabine had a lover, Trevor, so he clearly sees that things are not as Jeffrey would like him to believe. Readers no doubt will be as desperate as I was to see what the connection is to Beth and Sabine. Furthermore, there is a reason for Marcus's intensity and this definitely ratchets up the intensity of this story.

There are a bevy of characters in this story. We meet people that are in Beth's path and how she nearly escapes. This helps this story to evolve into an engaging read that was impossible to put down. Things progressed at a fever pitch, leading to a thrilling conclusion. While this is the first time that I read anything by Kimberly Belle, it will most certainly not be my last.

Many thanks to Park Row and to NetGalley, as well as Edelweiss, for this ARC to review in exchange for my honest opinion. 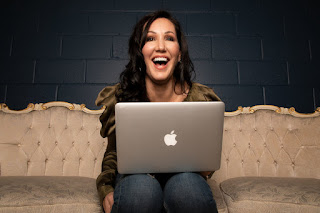 Home is where the laptop is.

I grew up in Kingsport, Tennessee, a small town in the foothills of the Appalachian Mountains. A gorgeous area, but I couldn’t find an ounce of beauty in the place. I was too focused on planning my escape, which I made to Agnes Scott College, a liberal arts school in Atlanta for women. It was In Atlanta that I met the Dutchman, who whisked me off to the Netherlands. What was meant to be a six-month stay turned into twelve freezing but fabulous years, during which I began checking off the countries on my to-see list. All these years later, I’ve still not seen them all.

Living abroad changed me in ways I can’t count, and though I don’t have the passport to prove it, I am in my heart and soul half Dutch. I know the culture, I speak the language like a native, I love that country like my own.

Fifteen years ago, the Dutchman and I moved back to Atlanta with our two kids, but every chance I get, I hop a plane to Amsterdam so I can stick my toes in sandy Dutch soil.


And of course, wherever I go, the laptop also travels.