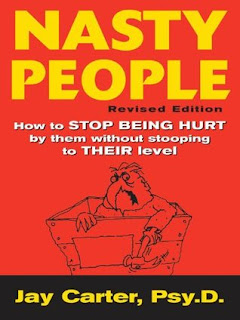 Fourteen years since its first publication, the bestsellerNasty People has been revised and updated to cover the motivations of nasty people, how to avoid confrontation with a nasty boss, how to handle a nasty spouse, and much more, including:

How to break the cycle of nastiness

A new understanding of personality disorders and depression

The role adrenaline plays in nasty behavior and our responses to it.

Everyone knows a person who has been hurt, betrayed, or degraded by nasty individuals or has experienced it themselves. In three books, Jay Carter, Psy. D., shows readers how to stop this cycle of overt and covert abuse, without resorting to nasty tactics. Now for the first time, this series is released together to cover all areas of dealing with difficult people. With straight-talking advice, real-life anecdotes, and psychology that makes sense, Carter explains how to handle and stop painful behavior that harms both the perpetrator and the victim.
Link to purchase the book

Invalidation is what I used to call “putting other people down to bring yourself up.”

The invalidator is underhanded, and the person being invalidated is often unsuspecting except for knowing that he feels bad.

The invalidator may persist in invalidating you until you succumb.

An invalidator will pick out the qualities about you that are most important to you and then tear them apart.

An invalidator will listen to you share something that you don’t like about yourself and then later use it against you.

If she really thinks you are onto her, she may apologize and then not invalidate you again … until later when you are unsuspecting.

(Hitler) never killed anyone face to face but got his followers to do it.

The more clever invalidators don’t use their powers until it’s absolutely necessary.

The invalidator can appear to be quite friendly for a very long time.

Then he will just make you look bad in front of everyone for a long time.

He might do all this with information you told him about yourself in confidence, when he so endearingly listened to you.

The invalidator has many methods at his or her disposal, including uncertainty; projection; generalization; judgment; manipulation; sneak attack; double message; cutting communication; building you up, cutting you down; and the double bind.

For example, the invalidator will suddenly become understanding, lovable, and very nice to you. Things will remain this way until you become trusting.

But he saved up this extreme type of threat, only calling on it on special occasions when he needed a large portion of control.

In his least obvious personality, the invalidator appears to be your good buddy. He always has some negative thing to tell you “in good faith.” He loves to be “honest” and “truthful.”

He gossips about you behind your back and is secretly jealous of you.

This review is written based on social media experiences that I have seen over the past nine months. Before I begin this review, I just want to indirectly quote something I heard: Who are you more apt to believe? Ten people telling you about one person, or one person telling you about ten people?

When bullying - and yes - this is why I read this book - occurs, exclusion, lies and defamation of character happens. In this book by Jay Carter, people who attack other people are not referred to as bullies, but as invalidators, as the above quotes show. One thing the author does is to compare these invalidators to Hitler. More directly, they are often narcissistic. They are often sociopaths.

Before I go on, I just want to highly recommend anyone on any side of this issue go to Amazon and purchase this book. My views on this matter will come as close to this book as possible. As a matter of fact, as a reviewer, that is the way I write reviews. Simply put.

However, I mentioned that I read this book based on my experiences. So, there will be a personal flair to this review.

One section of this book is called "Portrait of an Invalidator". Here, Hitler's history is briefly relayed. He is the perfect example of a controlling invalidator. As a young man, he was a beautiful artist, a writer, and saved many lives in the army. However, at some point, as history clearly shows, the man changed. There is no point in me stating what he did. The entire world knows. So, then, why include him in this book? In this review?

He was a clever, clever man. People believed him. People were swayed by him. In some ways he kept his own hands clean by having people carry out all of his acts. He was the ultimate puppet master. There are people today who have an obsessive need to be in control, to manipulate people, situations and environments. In so doing, people's lives can be destroyed, sometimes with very few words. Lives can be decimated by telling people lies about others, by gathering people together so that they can spread these lies further.

Another way people can be hurt is by attacks, and these attacks are often subtle. Other times, the attacks are direct, especially when a direct incident carefully orchestrated can play out, making a single person look bad in front of a lot of people. When done right, several people can change their view of a single person based on a single event.

In some cases, truths can be used against people. Someone may genuinely confide in someone. That someone has another friend. They genuinely, sometimes unwittingly, share confidences. If the person that they are sharing with is an invalidator, as it were, it can be quite easy to destroy someone's reputation.

In one of the quotes above, an invalidator's methods are many. These include judgment, manipulation, exclusion, buddying up and then cutting someone down. Sadly, the victim if such actions may never see it coming.

Then there are people who see it happening. Clearly. They see victims being set up. Being hurt. But because the chief invalidator has developed a high level of power, fear creeps in and people are afraid to speak up. If they do, they know for a fact that they themselves will become a victim.

Lastly, people's values begin to change. They may, on their own, never intend to hurt another person. But, they begin to be swept up, influenced. Before they know it, gradualism has become part of their fiber. By then, it is too late to change what is happening, so they go along with actions that make them feel uncomfortable.

What can be done? For one thing, victims must learn to know their own value, their own strengths. They know the truth about themselves. Do they need to prove their truth? Their worth? They really don't, but often become so desperate that they will try their darndest to prove their innocence. As difficult as it is, they must become strong enough not to be hurt by Nasty People.

Let's stop walking on eggshells. Protect ourselves. Watch our associations, our friendships. Take care of US, take care of our families. Know our own truth.

The next self-help book in my sights: 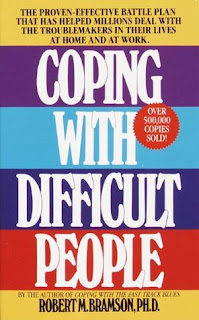 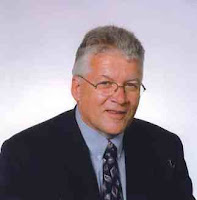 Dr. Carter has made over 100 appearances on national television and radio in the USA, Canada, Australia, and United Kingdom (BBC-TV in London), including the "Larry King Show", and the "Montel Williams Show". He consulted with Reader's Digest for an article on "Mean People", and has consulted with the Oprah Winfrey Show. He has appeared in Oprah magazine and Cosmopolitan several times. He was a talk show host on Berks Community TV for four years.

Psychologist, Best Selling Author, Speaker, and Film Maker (awards for "Bipolar Light" and the "Bully Caterpillar" pilot film), Dr. Carter is a professional speaker doing seminars and workshops for organizations around the country. He is the author of the best selling book, "Nasty People", which has sold over one million copies in the USA and around the world. His new book is the "Complete Idiots Guide to Bipolar Disorder" via Alpha Books (Penguin Group)

Dr. Carter is a sought after speaker. He is a regular speaker for Cross Country Education (see web site link) where his audience are Social Workers, Counselors, Educators, Medical Doctors, Nurses, Nurse Practitioners, and Psychologists. He has appeared before colleges, universities, and institutions like Loyola University, Temple University, United Way, IBM, the Association of University Women, and Union Carbide. He was on the board of directors for the Sexual Assault Resource Center and Women in Crisis (Battered Women). He was on the PA subcommittee for Government Drug and Alcohol Services. He is past president of the Berks Area Psychological Society. He was an executive manager for IBM Corporation. He is currently working on a full feature animated film, expanding the award-winning "Bully Caterpillar" story.