Review - Her Other Secret 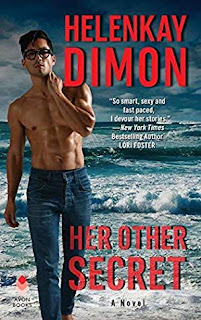 Is it the perfect escape?

Whitaker Island is more than a getaway. For Tessa Jenkins, the remote strip of land in Washington state is a sanctuary. Fleeing from a shattering scandal, she has a new name, a chance at a new beginning, and a breathtaking new view: Hansen Rye. It’s hard not to crush on Whitaker’s hottest handyman. At six-foot-three and all kinds of fine, he’s also intensely private—and the attraction between them soon simmers dangerously out of control.

…or a private trap for two lovers?

After a devastating family tragedy, Hansen finds the pebbled shores of the faraway island to be an ideal refuge. Letting down his guard for the sexy, impulsive Tessa is an unexpected pleasure. But there’s another newcomer to Whitaker. He’s no stranger to Hansen. And when he’s murdered, the crime casts a threatening shadow. As suspicion falls on Hansen, all his secrets are about to collide with Tessa’s. Now the pasts they were determined to outrun are catching up to them. So is a killer
Link to purchase the book

All Tessa Jenkins wanted was a new start. She suffered a terrible scandal and hope that with a new name she can at least begin anew. Hansen Rye is now working on Whitaker Island as a handyman. This is a good distraction for him as he has suffered a tragedy in his family. He hopes to put his past behind him. However, others have something else in mind.

When Tessa sees an apparently unmanned boat, then a man coming from the water, she wants to go after him. Hansen insists she stay put and he chases the man, but is unable to find him. Shockingly, the man turns up dead, and circumstances lead Hansen to be the likely killer. Fortunately for him, his good friend is the local cop and his innocence is being proved, although things are quite guarded.

The two form a fine pair as their secrets and past begin to collide with their present. They begin to work together to try and figure things out. While this is happening, Tessa and Hansen develop a strong connection and, despite the dangers quickly assailing them, they begin to fall in love.

The blend of romance, suspense, action and danger in this book was done quite well. I loved this book and read it straight through in a few short hours. It was very well paced and had a thrilling conclusion.

Her Other Secret is the first book in the Whitaker Island series. While Tessa and Hansen strive to find the killer, other characters are introduced into the story. The characters went from the very likable to the the despicable. The series continues with The Secret She Keeps, due for release this December. I have definitely put this book on my radar. 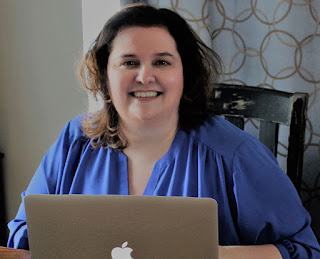 HelenKay Dimon is a former divorce lawyer turned bestselling author of more than 40 Romantic Suspense, Contemporary, and Erotic Romance books and novellas. Her books have been featured in various national and international venues and she has had two books named Red-Hot Reads in Cosmo magazine. She is a four-time RITA® Award finalist in romantic suspense (for Mr. and Mr. Smith, Facing Fire, Guarding Mr. Fine and The Fixer) and is 2018 RITA® Award winner for The Fixer. She’s also a Reviewers’ Choice Best Book Award winner in romantic suspense for The Fixer. In addition to writing, HelenKay is the president of the Romance Writers of America and frequently teaches workshops and classes on fiction writing and romance writing. She lives in San Diego where she is (or should be) working on her next series but might be streaming a show on Netflix.

Just in case you were wondering…HelenKay is her real name. Yes, that’s a capital K in the middle, all one word and no space (blame her two grandmothers – Helen and Kay). Dimon is pronounced Die-Mon.