Review - Life, Love and the Pursuit of Happiness 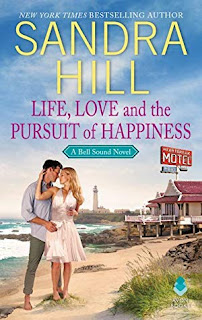 Independence Day may have just passed in this small Outer Banks town known for its famous bells, but one ex-Navy SEAL has a declaration of his own to make . . .

Merrill Good knows there are many different kinds of exciting. There’s the adrenaline rush he experienced during his years in the military. There’s the thrill of starting up his own treasure hunting company. But topping them all is the surge of exhilaration he feels every time Delilah Jones crosses his path. Smart, voluptuous, and outspoken, Delilah is a bombshell with a secret that could explode at any moment.

Since Delilah moved to Bell Cove to take over her great-uncle’s Elvis-themed diner and motel, the locals have been nothing but friendly. And that’s a problem. The moment someone gets close enough to figure out her ex-con past, her future will be jeopardized. But keeping Merrill at arm’s length isn’t easy when the rest of her body has other ideas.

Add to the mix Delilah’s little girl who fashions herself “Little Orphan Annie,” a former showgirl grandmother with a gambling problem, a whole town full of quirky matchmakers, and there’ll be fireworks long after the Fourth of July . . .

Merrill Good and Delilah Jones each have very good reason for being in Bell Cove. Merrill is a former Navy SEAL and is now quite excited to begin a treasure hunting company. This is something that Merrill excels at. Delilah moved there as her great-uncle has left his Elvis-themed diner and motel to her. This is a fresh start for Delilah, as she is an ex-con. This is a past she hopes that no one ever discovers.

As things progress, it becomes quite clear that Merrill and Delilah are bound to be together, especially when it comes to the people in the town. They are all a bunch of matchmakers, and that is adorable. However, Delilah's past is threatening to reveal itself, so that brings in just the right amount of tension in this story.

The townspeople are great. What's more is that Delilah and Merrill hit it off quite well. In this humorous story we have little Maggie, Delilah's daughter and the fact that she believes herself to be "little orphan Annie". There is also Gram, Delilah's grandmother, who is affectionately called "Glam Gram". I love these characters in this romance because they really round out this delightful story. Beyond the romance, there are a bit of hi-jinks.

Life, Love and the Pursuit of Happiness is the second book in the Bell Sound series. Since I hadn't had the opportunity to read the previous story I wasn't familiar with Merrill, but I rather enjoyed his character and the development I got to see in this book. With regard to Delilah, it was great to read of someone with a questionable past who had the chance to be redeemed.

This was a fun, quick read that clued me in to the wonderful writing of Sandra Hill. I might go back and read the first book in the series. I do look forward to reading the next book, A Hero Comes Home, in January 2020. 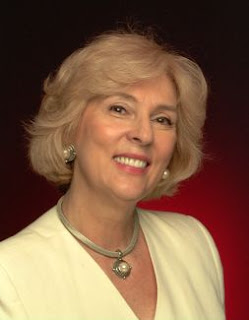 My life and my books are a celebration of new beginnings.

Although I am a livelong writer--I'm the oddball who liked writing essays in school--it wasn't until the early 1990s that my writing interest turned to novels.  It was a new beginning for me...a totally different career path from the journalism I had been practicing.  More than twenty novels later, I am still in love with writing...and with new beginnings.

No wonder all of my books deals with new beginnings in some way or another.  In fact, my first novel, The Reluctant Viking, first published in 1994, was about a woman on the brink of divorce looking for a chance to start all over.  A new beginning for poor Ruby Jordan.  Fast forward more than ten years and you will find there is a theme of new beginnings in all my books.  Doesn't matter if it's divorce, death, despair, time travel, loneliness, boredom or plain old dissatisfaction, readers want to know that there is a chance for...yep, new beginnings.

One of the greatest gifts we have in this world is to find work we love, which is appreciated by others.  I have been especially blessed in that regard.