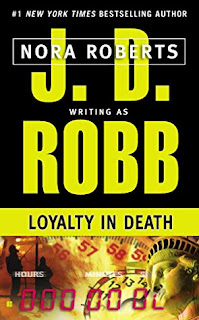 In this novel in the #1 New York Times bestselling series known for its tantalizing blend of romance, suspense, and futuristic police procedural, New York cop Eve Dallas faces her most ingenious foe: a “secret admirer” who taunts her with letters…and kills without mercy.


An unknown bomber is stalking New York City. He is sending Eve Dallas taunting letters promising to wreak mass terror and destruction among the “corrupt masses.” And when his cruel web of deceit and destruction threatens those she cares for most, Eve fights back. It’s her city...it’s her job...and it’s hitting too close to home. Now, in a race against a ticking clock, Eve must make the pieces fit—before the city falls.

Not only is there an unknown bomber in New York City, there is a formerly unheard of group sending teasing messages to Detective Eve Dallas. As things go from bad to worse, Eve scrambles to keep the city safe. Eve fights hard, and relies on sexy husband Roarke even more than ever. His technical skills are matched by no other and time is definitely of the essence.

I love this series! One of the things that captivates me is the way Eve is opening up to Roarke. It is bit by bit and equally sad and frustrating, while at the same time imminently rewarding. A dichotomy! Eve had a horrid past and being fully present for Roarke is taxing at times. The way J. D. Robb keeps this as part of the conflict in the story is done so remarkably well.

Peabody is front and center in this story. She is Eve's aide and they work together on every case. This time around, even with her professionalism, she manages to raise the ire of her boss. Peabody has gotten involved with McNab, another cop on the team. I enjoyed that distraction. Also, Eve's and Peabody's interactions are almost as fun as Eve's and Roarke's. Peabody is becoming one of my favorite characters in this series.

Let us not forget that this series is based in the middle of the 21st century. So the droids and other technology that are part of this story are definitely worth mentioning. Beyond the personal relationships, of course we have the mystery, danger and action. It never let up in this book.

There are fifty books in this amazing series, and Loyalty in Death is book nine. No matter how much I read every day, I cannot give this series the love and attention I wish. I will keep on reading as much as I can, and I am eager to read book ten, Witness in Death, as soon as reasonably possible.