BLOG TOUR - The Woman on the Beach 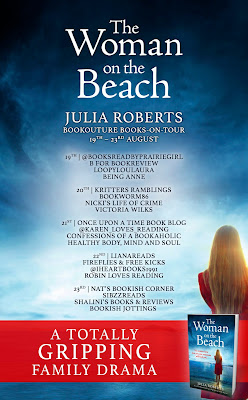 DESCRIPTION:
I was so sure I saw Sophie on the beach that day. But it couldn’t be her. Sophie’s dead…

Ever since we swore to be best friends at school, Sophie was there for me. When she married my brother, she became family. We shared everything.

At least I thought we did.

After she died, I was devastated. Everyone else has moved on, but I can’t. She was so quiet, those last few months. I’m sure there is something I don’t know…

Now I’m standing on the beach we visited when we were younger, and there’s a woman with long blond hair a few metres away, playing with a dog in the sunshine. She turns, and I see Sophie.

Heart racing, I run after her, but before I can reach her she’s vanished, leaving only footprints in the sand.

It can’t be Sophie… Can it? And do I want to know, if the answer will destroy everything?

A gripping emotional page-turner about the ways we lie to ourselves and how love and hope can heal us. Fans of Amanda Prowse, Liane Moriarty and Susan Lewis will absolutely love The Woman on the Beach. 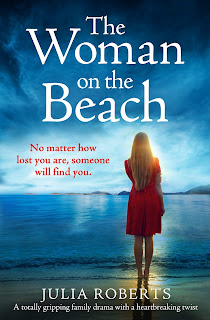 Title:   The Woman on the Beach
Author:  Julia Roberts
Publisher:  Bookouture
Genre:   Psychological Thriller
Format:  Kindle ARC
No. of Pages:   255
Date of Publication:   August 19, 2021
My Rating:   5 Stars
Liv is taking some time alone. She heads to a vacation in Mexico to deal with more than one thing. For starters, she is on a trial separation from her husband Jamie. What is more is that she is still grieving the death of her friend Sophie and the fact that her other friend Grace took off after Sophie's untimely death.
However, one day on the beach Liv spots a couple coming out of the water after a swim. The woman raises her arm, and even from a distance, Liv recognizes a one-of-a-kind tattoo - a tattoo that Sophie had. She couldn't stop herself. She calls out Sophie's name, but then thinks she must have been mistaken. The story shifts perseptives from here on in ... Liv, Grace, Sophie. How does Sophie have a voice when she is deceased?
Now back at home, Liv and Jamie have reconciled. Liv receives a letter, one that drains all the color from her face. What is going on? Who is the letter from and why does it cause Liv so much shock? Reading this letter drives Liv back to Mexico to search for answers. The answers are shocking, to say the very least. In fact, credulity and doubt are soon at war.
What an impactful story! There is so much more that I simply cannot add in this review, other than to say go pick up this book and read it. Now! It is impossible to put down. It is a fast-paced read that doesn't slow down, even for the change of perspectives. In fact, it is these very changes that created an incredible puzzle in my mind, one I was more than desperate to solve. This is a stunning book that definitely deserves 5 stars.
Many thanks to Bookouture and to NetGalley for this ARC for review. This is my honest opinon.
ABOUT THE AUTHOR: 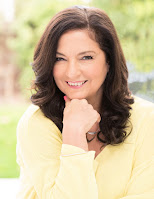 Following roles as a hostess on The Price is Right and a member of the Beadle’s About ‘hit squad’ in the 1980s, she became a TV Presenter and filmed features for Sky Sports before launching the QVC shopping channel in 1993 where she still presents today. Having always wanted to write, she penned her first book, a memoir sold on QVC, in 2013 and has since written seven full length novels, two novellas and several short stories.