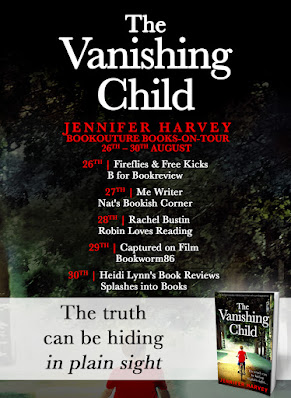 DESCRIPTION:
It’s funny how one innocent decision can ruin your life. For me it was letting my son pedal away on his bike that hot summer day. He’d been so excited to go out by himself—like a big boy. And though I was usually so protective, I let him…

When Carla returns to her father’s house to care for him in his final days, she feels lost and heartbroken. So she’s glad when she meets a kindly older woman named CeCe, and they develop a warm, natural friendship. CeCe understands loss too. Because nearly forty years before her only son disappeared without trace, from this same small town.

Then, sorting through her father’s house, Carla discovers a box of diaries and newspaper clippings from the year CeCe’s son went missing. Her father was barely more than a child himself at the time, but it’s clear the disappearance affected him strongly.

The whole town is haunted by the memory of that summer: of the boy who was never found. But as Carla delves further into her father’s past she realises he may actually have known more than he has ever said—and that perhaps the answers CeCe so desperately seeks have been hidden here in this house all along.

With her father now too ill to tell his story himself, will Carla be able to discover the truth about what happened to the child who vanished—and give CeCe the answers she’s been seeking for forty years?

A heart-wrenching and emotionally charged novel about small-town secrets and the price of facing up to the truth. Fans of Liane Moriarty, Nicole Trope and The Silent Daughter will be gripped from the very first page until the final, heart-stopping twist.
BUY LINKS:
Amazon: https://geni.us/B097HJF5PMcover
Apple: http://ow.ly/hA4v50FfEzF
Kobo: http://ow.ly/RMlq50FfEsM
Google: http://ow.ly/uqwH50FfEBe
MY THOUGHTS: 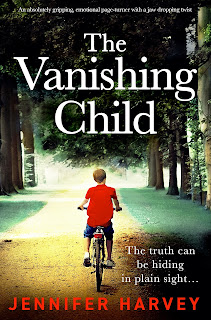 Title:   The Vanishing Child
Author:  Jennifer Harvey
Publisher:  Bookouture
Genre:   Mystery/Thrillers
Format:  Kindle ARC
No. of Pages:   272
Date of Publication:   August 26, 2021
My Rating:   4 Stars
Carla has been estranged from her father Rob for years and she has been thinking about the terrible abuse she, her sister and her mother underwent at his hand. Now that he is in hospice care, will she be able to move into his home and start her life over again? especially since she recently split up from her boyfriend.
One day while rummaging around, Carla discovers a box that sends her into a whirlwind. Combine that with when Carla visits her father in his barely lucid state, he mentions a boy named Johnny. In fact, years previously three boys went mising and two of their bodies were found. Due to what Carla finds in the box and her brief visits with her father, Carla becomes bound and determined to find out what happened to those children, especially as the cases remained unsolved through the decades.
In this hair-raising book by Jennifer Harvey, Carla doggedly pursues whatever information she can glean to find out the truth - truth laden with secrets. In fact, Carla meets resistance at every turn. I felt like I was right beside Carla while she duggedly searched for answers, even sensing the sheer terror for what happened to those unfortunate boys. The Vanishing Child will grip you from the very first page and won't let you go until the very last word.
Many thanks to Bookouture and to NetGalley for this ARC for review. This is my honest opinion.
ABOUT THE AUTHOR: 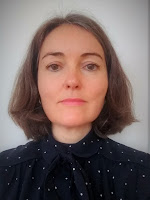 Jennifer Harvey is a Scottish writer now living in Amsterdam.

Her short fiction has appeared in various publications in the US, Canada, and the UK and she has been shortlisted for the Bristol Prize, the Bridport Prize and placed third in the University of Sunderland Short Story Award. Her novels have been longlisted for the Bath Novel Award and her radio dramas have also won prizes and commendations from the BBC World Service.
Alongside writing, she is a Resident Reader for Carve Magazine, an editor for Carve Critiques, and serves as a member of the Editorial Board for Ellipsis Magazine. When not writing, she can be found sauntering along the Amsterdam canals, dreaming up new stories.