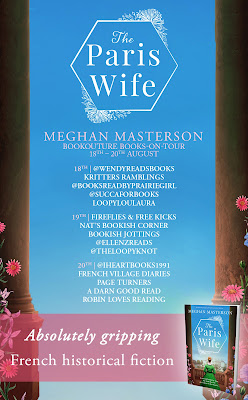 DESCRIPTION:
Paris, 1856. In a world ruled by men, one woman holds the fate of a nation in her hands.

When Livia leaves behind the bronzed hills of Italy for the rain-soaked streets of Paris, she feels lost and alone. Trapped in an icy marriage, she longs to return to her life as a doctor’s daughter. To a simpler time when she could use her healing skills to help people. But her husband’s diplomatic work launches her into French high society. And soon she befriends Elisabetta, Napoleon III's clever and beautiful mistress.

Elisabetta may be the most glamorous woman in France, but she is isolated too. With jealousy and political conspiracies surrounding her, she is drawn to Livia’s honesty and intelligence. And when Livia saves Elisabetta’s life, the two women become inseparable.

Soon Livia’s life is an exciting whirlwind of masked balls, theatre and fashion, and at last she feels happy. She even finds the courage to open her heart, learning to love her new husband. But just as she begins to let her guard down, Livia discovers that her worst enemy has followed her all the way from Italy…

While danger lurks in the shadows, an assassination attempt is made on Napoleon. And Livia’s husband is wrongly accused of treason. The future of France is in peril, and Livia must work with Elisabetta to save the lives of those they love. With Livia’s keen knowledge of medicine and deadly poisons, and Elisabetta’s many connections, the women are a formidable partnership. But can they really trust each other? And how far are they prepared to go?

A totally gripping, richly imagined historical novel about the power held by women in a world run by men. Fans of Lucinda Riley, Kate Morton and Marie Benedict will be absolutely hooked from the very first page until the final, breath-taking conclusion. 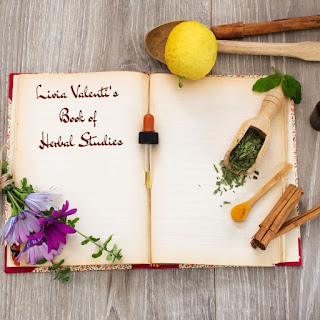 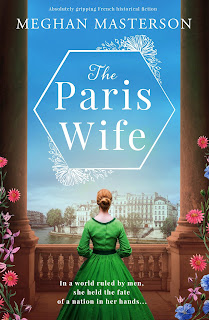 Title:   The Paris Wife
Author:  Meghan Masterson
Publisher:  Bookouture
Genre:   Historical Fiction
Format:  Kindle ARC
No. of Pages:   318
Date of Publication:   August 18, 2021
My Rating:   5 Stsrs
Livia travels with her husband to Paris as he attends business. Livia grew up on the Italian countryside as a daughter of a doctor. For years she worked alongside her father and this helps her to notice something quite dangerous at an Emperor's dinner - Livia notices that highly poisonous nightshade berries are mixed in with a bowl of fruit. Is someone trying to kill the Emporer's mistress Elisabetta, and if so, Livia just saved her life. However, the attempts do not stop there and Elisabetta is soon poisoned.
While Livia is now concerned with Elisabetta’s safety, she is also contending with a new and unconventional marriage as well being in the early stage of pregnancy. Her life has changed quickly and she is undergoing more than one adjustment. Livia's husband Niccolo is quite attentive, but their marriage is truly lacking.
Livia's extensive knowledge of plants and medicine is in sharp contrast to 1850's Paris. What is more is that each chapter is preceeded with quotes from Livia's journal. She was a true apothecary and her knowledge held no bounds. The Paris Wife is a muli-faceted story and includes mystery, a wonderful love story and proves the bonds of true friendship. The plot is complex and the developments are intriguing. Whether the story unravels Livia's past or focuses on the plot against the Emperor, the story moves at a wonderful pace and truly captured my attention throughout.
Many thanks to Bookouture and to NetGalley for this ARC for review. This is my honest opinion. 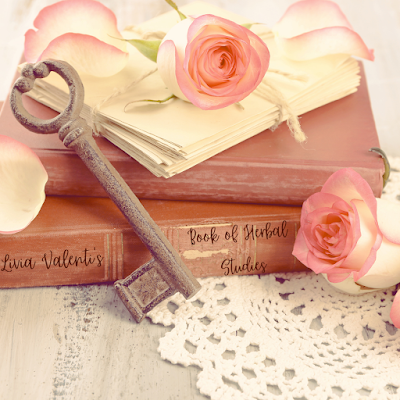 Meghan Masterson graduated from the University of Calgary with an Honours Bachelor of Arts in Communications Studies, and has worked several unrelated jobs while writing on the side. When not writing, Meghan can often be found reading at all hours (even at breakfast), practicing archery and roaming through the woods with her dog.