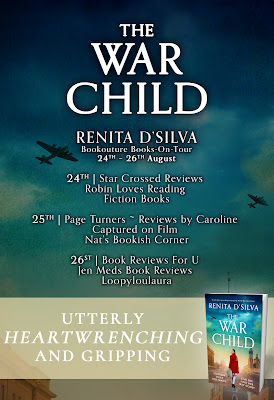 DESCRIPTION:
Everything will change, my love, she whispers to her only baby. I will make sure you are protected, looked after, loved. She commits his smell, the feel of him, to memory and fastens the gold St Christopher’s medal around his neck, tucking it into the blanket. Kissing him one last time, she lets him go. And with him go the pieces of her shattered heart.

London, 1940. Clara Knight grew up an orphan in the first world war and now is fighting to win the second. Nursing brave soldiers, she falls in love with one of her patients whose warm brown eyes give her hope for a brighter future. But then he is sent to the front, leaving her alone with their child amidst the bombs raining down on the city… When she is offered the chance to give her son a better life, Clara makes the impossible choice to let him go. She leaves her mother’s precious St Christopher pendant with him, vowing to find him again when the war is over, so they can be a family once more.

Years later. Indira’s life has taken an unexpected turn and her only solace is caring for her grandfather. As he lies in bed, weak and confused, he calls her ‘Clara’, begging forgiveness for an unknown terrible act, tears rolling down his face. Indira goes looking for the truth… and discovers a tattered box of unsent letters, a gold St Christopher’s medal and a photograph of a baby swaddled in a blanket. Who was Clara Knight? And who is the baby in the photo? Her quest will reveal a devastating secret spanning decades, and change everything Indira thought she knew about her family…

An unforgettable and heart-breaking novel set in World War Two about the powerful bond between a mother and her child and a betrayal that echoes across generations. Anyone who loves Orphan Train, Before We Were Yours and Shirley Dickson will find The War Child impossible to put down.
BUY LINK:
https://geni.us/B0979929GTcover
MY THOUGHTS: 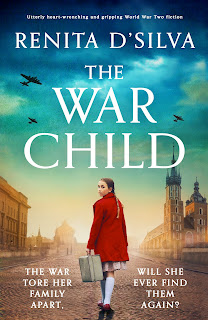 Title:   The War Child
Author:  Renita D’Silva
Publisher:  Bookouture
Genre:   Historical Fiction
Format:  Kindle ARC
No. of Pages:   361
Date of Publication:   August 24, 2021
My Rating:   4 Stars
During the first world war, Clara was dragged by her mother to safety during an air raid, and sadly, she was the only one to survive, making her an orphan. She was taken in by her aunt and soon her nursing career began. Eventually, the war comes to an end and one patient, a doctor she cared for, asks to accompany his family to India to watch over his ailing son. As this is where Clara's father was from, she fondly remembers some of his stories. She befriends the doctor and his wife. However, she begins to have strong feelings for him, and these feelings lead to life-long consequences.
This dual timeline story introduces Indira, who a CEO, wife to Karan, and a mother. Indira gets word of a devastating phone call from her husband. When she rushes home to her family, her grandfather, weak with illness, calls her Clara. Indira is determined to discover who Clara was and why memtioning her upsets her grandfather so.
This emotional story not only deals with the devastating effects of war, it also concerns the individual plights of both Clara and Indira and how they were connected. What a fabulously compelling read that touched on sensitive issues and how the war affeccted people, but also how lives were affected by loss and race. Clara's selflessness equally broke and warmed my heart.
Many thanks to Bookouture and to NetGalley for this ARC for review. This is my honest opinion.
ABOUT THE AUTHOR: 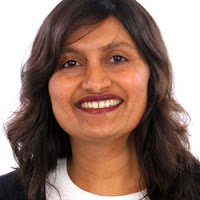 Renita grew up in a picturesque coastal village in the South of India, the oldest of three children. Her father got her first story books when she was six and she fell in love with the world of stories. Even now she prefers that world, by far, to this.