Review - The Other Mrs. 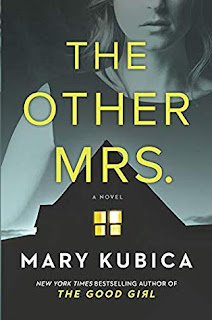 Propulsive and addictive, The Other Mrs. is the twisty new psychological thriller from Mary Kubica, the New York Times bestselling author of The Good Girl
She tried to run, but she can't escape the other Mrs....

Sadie and Will Foust have only just moved their family from bustling Chicago to small-town Maine when their neighbor Morgan Baines is found dead in her home. The murder rocks their tiny coastal island, but no one is more shaken than Sadie.

But it’s not just Morgan’s death that has Sadie on edge. And as the eyes of suspicion turn toward the new family in town, Sadie is drawn deeper into the mystery of what really happened that dark and deadly night. But Sadie must be careful, for the more she discovers about Mrs. Baines, the more she begins to realize just how much she has to lose if the truth ever comes to light.

When I finished this book all I could say was "What the WHAT?! Not only was this an incredibly thrilling story, it moved at such a rapid pace that I am still thinking about it weeks later. Sadie and Will packed up their family and moved from a busy city to a quiet town in Maine. Life should be perfect for them. However, that is the furthest thing imaginable.  After the death of woman named Morgan Baines, life turned completely upside down for them. Why would that happen? Is there a killer in their idyllic new neighborhood?

Sadie soon finds that she is not all that happy in their new home. If feels rather eerie and difficulties with her stepdaughter Imogen certainly does not make things any easier. It is bad enough that Sadie never wanted to move in the first place, but she did. Then she didn't expect to have to deal with Will's brooding daughter Imogen, all while helping her rambunctious son Tate adjust to his new environment, Sadie must deal with a lot of sudden uncertaintaies.

The thing is, the house was left to Will, as well sudden custody of Imogen, and Sadie is left to make everything right. However, nothing is right, not even close. As a matter of fact, Sadie and Will's marriage is struggling. He is more of the "stay at home" parent, but he has his own skeletons.

So, who killed that woman Morgan? How does it affect Sadie and Will? What about the kids?

What an eerie book while you read this in order to answer those and other questions that no doubt float through your mind. This is my second book by Mary Kubica and she has proved to be more than effective when it comes to writing compelling stories that grab ahold of the reader, refusing to let them go until the very last page.

Many thanks to Park Row Books and to Edelweiss for this ARC to review in exchange for my honest opinion. 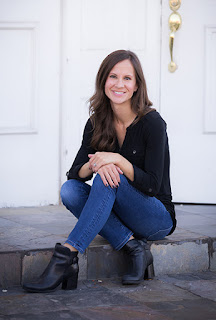