Review - A Duke By Any Other Name Title:  A Duke By Any Other Name
Author:  Grace Burrowes
Series:  Rogues to Riches #4

Nathaniel, Duke of Rothhaven, lives in seclusion, leaving his property only to gallop his demon-black steed across the moors by moonlight. Exasperated mamas invoke his name to frighten small children, though Nathaniel is truly a decent man - maybe too decent for his own good. That's precisely why he must turn away the beguiling woman demanding his help.

Lady Althea Wentworth has little patience for dukes, reclusive or otherwise, but she needs Rothhaven's backing to gain entrance into Polite Society. She's asked him nicely, she's called on him politely, all to no avail—until her prize hogs just happen to plunder the ducal orchard. He longs for privacy. She's vowed to never endure another ball as a wallflower. Yet as the two grow closer, it soon becomes clear they might both be pretending to be something they're not.

Readers of the Rogues to Riches series by Grace Burrowes met Lady Althea Wentworth in previous books in the series, especially in Forever and a Duke, the third book. It is almost unfair of me to be writing this review, because I gave that book only two stars, and this is not much better with three stars. I love historical romance and I love continuity, however, after giving the first two books in the series, My One and Only Duke and When a Duchess Says I Do, each five stars, these last two books fell rather flat for me.

As she is now the sister of a duke, Althea should have had good marriage prospects. Instead she is approaching spinsterhood. Conversely, another duke, Nathaniel, who is actually Althea's neighbor, discover they have more than a bit in common. They are sick of society and would rather avoid it, at any cost. They both have things they are dealing with, and it is these very things that end up drawing them together.

The history of Althea's family is rather interesting, especially as to how her brother Stephen became a duke. Will this be enough to lead her to a good marriage? Quite frankly, Althea doesn't care one with about clout and esteem. She has suddenly seen people for what they really are and they are not the sort she strives to be. However, Nathaniel is different.

But, the pair do knock heads, and for a rather humorous reason. The conflict they face leads them to be sparring partners as it were, thus raising a strong awareness between them. The story is satisfying, especially as there is a bit of drama involving Nathaniel and his dukedom. Quite naturally for just about any romance, conflict eventually leads to resolution and, and for Althea and Nathaniel in this story - love.

Because I really want Robert's story, which will be in The Truth About Dukes, set for release in November, I will be continuing with the series. 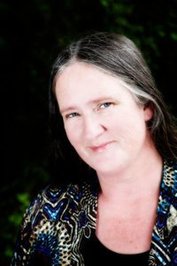