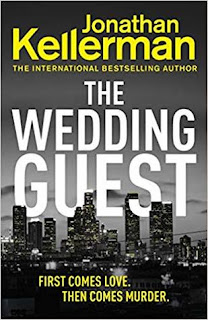 LAPD Lieutenant Milo Sturgis is a fine homicide detective, but when he needs to get into the mind of a killer, he leans on the expertise of his best friend, the brilliant psychologist Dr. Alex Delaware. While Sturgis has a knack for piecing together the details of a crime, Delaware can decipher the darkest intents driving the most vicious of perpetrators. And there’s no better place for the doctor’s analytical skills to shine than a rowdy hall full of young men and women intoxicated on life and lust . . . and suddenly faced with the specter of death.

Summoned to a run-down former strip joint, Delaware and Sturgis find themselves crashing a wild Saints and Sinners–themed wedding reception. But they’re not the only uninvited guests. A horrified bridesmaid has discovered the body of a young woman, dressed to impress in pricey haute couture and accessorized with a grisly red slash around her neck. What’s missing is any means of identification, or a single partygoer who recognizes the victim. The baffled bride is convinced the stranger snuck in to sabotage her big day—and the groom is sure it’s all a dreadful mistake. But Delaware and Sturgis have a hundred guests to question, and a sneaking suspicion that the motive for murder is personal. Now they must separate the sinners from the saints, the true from the false, and the secrets from those keeping them. The party’s over—and the hunt for whoever killed it is on.

Dr. Alex Delaware, a very successful psychologist, is called by his friend, LAPD Lieutenant Milo Sturgis, for help with his current case. Sturgis is trying to get into the mind of a killer and he knows that someone like Alex is just the man to help him.

Can Alex use those very skills to analyze deductively why some can be very dark killers, having the worst minds ever? What brings Sturgis to Alex is the fact that the body of a young woman has been discovered by a bridesmaid at a wedding. The wedding has already brought attention. It is a Saints and Sinners themed wedding. So, Sturgis and Alex are forced to crash it, and try as they might, they must interview at least a hundred guests.

This series has been going on for decades, yet this is my first foray. The story did perfectly well as a standalone. I understood enough about Alex and what drives him to help solve crimes, so I was able to fully appreciate and enjoy this story. The Wedding Guest was an engaging read that I was riveted to and I found the conclusion to be thrilling. I hope to be able to read more in this bestselling series. 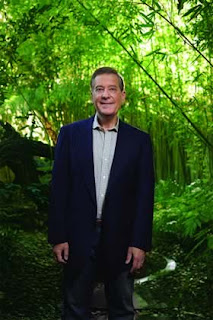 Jonathan was born in New York City in 1949 and grew up in Los Angeles. He helped work his way through UCLA as an editorial cartoonist, columnist, editor and freelance musician. As a senior, at the age of 22, he won a Samuel Goldwyn Writing Award for fiction.

Read Jonathan’s essay, DReamlaND, about his hometown of Los Angeles.

Like his fictional protagonist, Alex Delaware, Jonathan received at Ph.D. in psychology at the age of 24, with a specialty in the treatment of children. He served internships in clinical psychology and pediatric psychology at Childrens Hospital of Los Angeles and was a post-doctoral HEW Fellow in Psychology and Human Development at CHLA.

IN 1975, Jonathan was asked by the hospital to conduct research into the psychological effects of extreme isolation (plastic bubble units) on children with cancer, and to coordinate care for these kids and their families. The success of that venture led to the establishment, in 1977 of the Psychosocial Program, Division of Oncology, the first comprehensive approach to the emotional aspects of pediatric cancer anywhere in the world. Jonathan was asked to be founding director and, along with his team, published extensively in the area of behavioral medicine. Decades later, the program, under the tutelage of one of Jonathan’s former students, continues to break ground.

In 1985, Jonathan’s first novel, WHEN THE BOUGH BREAKS, was published to enormous critical and commercial success and became a New York Times bestseller. BOUGH was also produced as a TV movie and won the Edgar Allan Poe and Anthony Boucher Awards for Best First Novel. Since then, Jonathan has published a best-selling crime novel every year, and occasionally, two a year.   In addition, he has written and illustrated two books for children and a nonfiction volume on childhood violence, SAVAGE SPAWN (1999), as well as the illustrated art book, WITH STRINGS ATTACHED:  THE ART AND BEAUTY OF VINTAGE GUITARS. Though no longer active as a psychotherapist, he is a Clinical Professor of Pediatrics and Psychology at University of Southern California Keck School of Medicine.

Jonathan is married to bestselling novelist Faye Kellerman and they have four children.