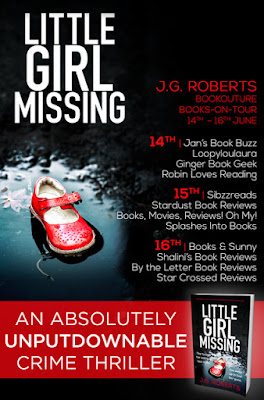 Today is my stop on the Blog Tour for Little Girl Missing by J.G. Roberts.

ABOUT THE BOOK:
How can a little girl vanish into thin air?

Five-year-old Cassie Bailey’s mother tucked her into bed and kissed her goodnight. This morning she’s missing, her unicorn bedcovers are empty, and her parents are frantic.

DCI Rachel Hart knows that the first few hours after a child goes missing are the most crucial, and that the Baileys are living every parent’s worst nightmare. Rachel knows, because as a child her family lived through it too, when her sister was taken.

The days are ticking by with no sign of Cassie, and the cracks in the Baileys’ marriage are beginning to show. But are the holes in their stories because they’re out of their minds with panic – or because they’re lying?

Rachel’s convinced that Cassie knew the person who took her, but can she find the little girl before she’s lost forever?

A gripping and unputdownable thriller for fans of Close to Home, The Couple Next Door and Behind Closed Doors. 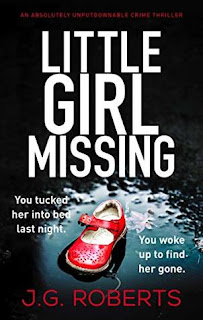 Naomi Bailey reluctantly took a natural sleep remedy for sleep after dealing with weeks of stress and sleeplessness. The very next morning, her five-years-old Cassie turns up missing. She is wracked with guilt. She recently split from her husband Charlie, despite the fact that they had a very strong marriage. This was due to a sensitive and heartbreaking incident that Naomi just cannot get past. Charlie is as devastated by Cassie's disappearance at Naomi and insists on coming home while the police search for her. I felt so much for them, for their plight. I not only hoped for Cassie to be found safe, but also for their marriage to find ground again.

Rachel Hart is the DCI on the case. This case is close to her heart, because when she was a child both she and her sister were abducted. So, quite naturally, Rachel puts her all into this case. Rachel wisely considers several people as suspects with regards to Cassie. It doesn't take Rachel long to see that things with Naomi and Charlie are quite tentative.

What a fast-paced book that kept me on my toes! I could not put this book down. I was surprised at some of the twists this book took. Furthermore, although discovering who took Charlie became easy to see, the motivation behind it wasn't. That made the book that much more engaging.

Little Girl Missing is the first book I have read by J.G. Roberts and is the first book in the DCI Rachel Hart series. Rachel Hart is a no-nonsense detective who leaves no stone unturned. Her past experience is touched on in this book, and we meet her sister. I look forward to continuing with this series. 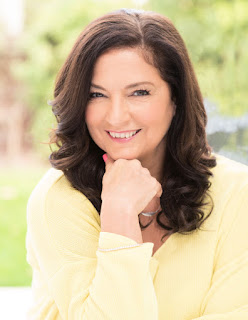 Following roles as a hostess on The Price is Right and a member of the Beadle’s About ‘hit squad’ in the 1980s, she became a TV Presenter and filmed features for Sky Sports before launching the QVC shopping channel in 1993 where she still presents today. Having always wanted to write, she penned her first book, a memoir sold on QVC, in 2013 and has since written four full length novels, two novellas and several short stories.