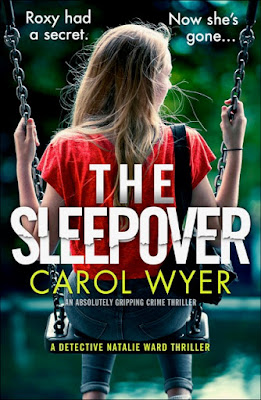 Roxy had a secret. Now she’s gone. When fourteen-year-old Roxy says she’s going for a sleepover at her best friend’s house, Cathy sees no reason to check her daughter’s story. The two families are so close, and the girls are in and out of each other’s homes every day. It turns out to be a decision she will regret. A day later, Roxy is found murdered in exclusive Linnet Lane. Detective Natalie Ward, called in to lead the investigation, is struck by the contrast between the house Roxy grew up in, and the one where her life ended.As Natalie begins to look closely at Roxy’s family and friends, she soon discovers that this isn’t the first time Roxy has gone missing. All the signs point to an unhappy teenager who was hiding a great deal from her family. Then Roxy’s mother Cathy disappears. When Cathy’s body is discovered close to Linnet Lane, Roxy’s toy cat clutched in her arms, Natalie is forced to face the grim fact that they are dealing with a killer with a twisted plan.
Struggling to join the dots, Natalie wonders if she’s missed a vital clue when one of Roxy’s classmates is also found murdered. Natalie’s not frightened of anyone, but the latest victim reminds her of her own son Josh, who is edging towards the wrong side of the tracks. With teenagers like her boy dying, can Natalie solve the case in time to keep Josh safe? Or is he about to make a dangerous new friend? Gripping, fast-paced and nail-bitingly tense, this book will keep you flying through the pages long into the night. Perfect for fans of Angela Marsons, Rachel Abbott and Karin Slaughter.