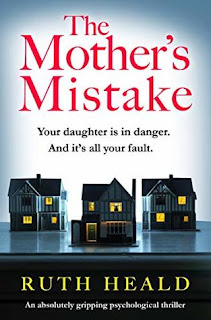 DESCRIPTION:
Everyone makes mistakes. But does everyone deserve to be forgiven?

She runs past the tinkling of children’s laughter that fills the park. Heart hammering, she reaches the riverbank, breath catching in her throat as her eyes take in the small body, tangled in the reeds, pale and lifeless.

Claire’s life is picture perfect. A new home in the countryside. A new-born baby. A doting husband by her side.

But behind closed doors, her life is falling apart.

And when a threatening note is posted through her letterbox, saying she doesn’t deserve her daughter, it’s clear that someone knows about her past…

Someone knows that Claire doesn’t deserve her perfect life. Someone’s going to do everything in their power to destroy it.

An atmospheric, chilling and absolutely unputdownable psychological thriller about a mother’s worst nightmare. Fans of K.L. Slater, Shalini Boland and The Girl on the Train will love the twists, turns and gasp-worthy shocks of this stunning debut from Ruth Heald.

Claire Hughes had a really tough experience three years ago. She has risen above it and now gets a chance to have a very good life with husband Matt and baby daughter Olivia. Claire and Matt have moved into a new home and are blessed with a warm, affectionate marriage.

However, Claire really is not doing well. For starters, they are living in Matt's grandmother's home and his mother will not allow Claire to make it her own. What is worse is that Claire feels very inadequate as a mother, and has a difficult time bonding with Olivia. Things in the home seem unsettled, off at times. Then, when a note comes through her letterbox, saying that she doesn't  deserve Olivia, Claire nearly falls apart.

Throughout the entire story, we have two viewpoints, that of Claire, and that of an nnamed narrator. At least one of the woman has completely fallen apart, and has experienced unspeakable angst. It is rather tragic to read.

This was a compelling read that I devoured from cover-to-cover in one sitting. I am a grandmother of several, with a newborn grandson the age of Olivia, so with some of the things that Claire was experiencing, I kept relating to young mothers. I think for none other reason that I am a very sensitive person, and thus, a sensitive reader. I do appreciate very much that the author included real feelings of insecurity where a new mother is concerned.

It became quite apparent early on that Claire had a stalker, and that certainly did not make her life any easier. As the pages passed by, I figured out who it was, but clearly understood how Claire could be fooled. What didn't help matters much was just how awful Matt's mother was. Matt did try as a husband and new father, but he gave me cause for concern at times.

I loved this book! A Mother's Mistake was a great debut novel for Ruth Heald. I do look forward to reading more of her work in the future.

One of my favorite features in books is the acknowledgements or letters from the author, and this book contained a letter. It provides great insight as to why Ms. Heald wrote the book and I think brought great awareness to post-natal depression. 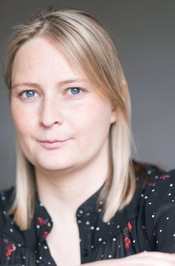 Ruth Heald is the author of two forthcoming psychological thrillers. The Mother’s Mistake is now available to pre-order and will be released in June. Her second thriller will be released in September. Both books will be published by Bookouture, part of Hachette UK.

The Mother’s Mistake is an eerie, twisty and atmospheric psychological thriller about a mother’s worst nightmare. When Claire Hughes and her young family move to the countryside in the hope of a fresh start, it seems the perfect life – and the perfect family – are just within reach. But it isn’t long before Claire’s past catches up with her … and her daughter’s life is in danger.

Ruth’s debut novel, “27: Six Friends, One Year,” published in 2012 by Dancing Parrot Press, is a relationship drama about the lives of six friends aged 27 who reunite in London. On the surface they lead enviable lives, but underneath the facades they are falling apart. “27” was selected as a Quarter-finalist in the Amazon Breakthrough Novel Award.

Ruth grew up in a suburban Buckinghamshire town. She studied Economics at Oxford and then worked in an eclectic mix of sectors from nuclear decommissioning to management consulting. Seeking a more creative environment, she joined the BBC and worked there for nine years before leaving to write full time. Ruth is fascinated by psychology and finding out what drives people to violence, destruction and revenge. She’s married with two children and her novels explore our greatest fears in otherwise ordinary, domestic lives.