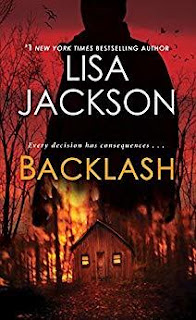 Montana has provided the setting for some of my favorite stories. In the late 1980s I wrote Tender Trap and Aftermath featuring Denver and Colton McLean—two brothers returning to their family ranch after years away, confronting the secrets left behind. I’m thrilled that they’re now available in one volume, with a striking new cover and title, Backlash . . .

The ranch country of Montana is beautiful, unforgiving, and for Colton and Denver McLean, filled with a whole lot of bad memories. It’s been seven years since a fire claimed their parents’ lives and drove both brothers away. Now their uncle’s death has brought them back to a place where loyalty and love runs deep—but so do grudges.

Suspicion still swirls about what caused that tragic fire. It created a rift between Denver and the foreman’s daughter, Tessa Kramer. Now Tessa hopes to buy the ranch, if Denver and Colton will agree to sell, but the property is beset by problems. A prized stallion disappears. Other horses start falling sick. Someone seems determined to disrupt—or destroy—the McLean family’s legacy by any means necessary. And finding answers will turn this homecoming into a time of reckoning with enemies past and present . . .

I hope you enjoy coming back to Montana with me!

In this release bu Lisa Jackson, Backlash is a re-release of previous novels, Tender Trap and Aftermath, In the first book, Denver McLean returns home because his uncle died and left his ranch to him and his brother Colton. Denver is not happy with this because his history is tragic. Seven years previously there was a fire and his parents died, and he was seriously injured. Meanwhile, his old flame, Tessa Kramer, wants to buy the ranch. Thing is, Colton is nowhere to be found, so Denver cannot sell the ranch.

Denver has business in LA and he really wants to get back to it. However, he is drawn to Tessa and that changes his perspective. While making his decision there are problems with the property, especially when a prize stallion disappears. Also, some horses become ill. So, something definitely  is going on that might hinder the success of the ranch.

In the second story in this omnibus, Colton returns to the ranch when he is seriously injured. Things are not easy for Colton. For one reason there is Cassie Aldridge. Several years previously, they had a brief fling, and it so happens that Cassie still loves Colton. As far as Colton is concerned, he still desires Cassie, but he isn't ready to have a relationship. There are definitely problems. For starters, a horse named Black Magic is missing. In addition to that, Colton's family is feuding with Cassie's family. So a relationship would be very difficult. Nonetheless, the heart wants what the heart wants when it comes to Colton and Cassie.

As I read this book, I admit that it was a read that I couldn't engage in. I felt that it dragged quite a bit. Quite naturally, I was rooting for the couples to find love. As far as mystery and intrigue were concerned, it was a bit lacking. But, I adore Lisa Jackson, so I worked hard at reading this book and I am eager to read her next release, Paranoid. 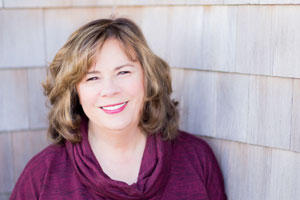 Lisa Jackson is the number-one New York Times bestselling author of more than 85 novels, including Afraid to Die, Tell Me, You Don’t Want to Know, Running Scared, Without Mercy, Malice, and Shiver.  She is also the co-author of the Colony Series, co-written with her sister, Nancy Bush. There are over 20 million copies of Lisa Jackson’s books in print in twenty languages.

Before she became a nationally bestselling author, Lisa Jackson was a mother struggling to keep food on the table by writing novels, hoping against hope that someone would pay her for them. Today, neck deep in murder, her books appear on The New York Times, the USA Today, and the Publishers Weekly national bestseller lists.

With over thirty bestsellers to her name, Lisa Jackson is a master of taking readers to the edge of sanity – and back – in novels that buzz with dangerous secrets and deadly passions.  She continues to be fascinated by the minds and motives of both her killers and their pursuers—the personal, the professional and downright twisted.  As she builds the puzzle of relationships, actions, clues, lies and personal histories that haunt her protagonists, she must also confront the fear and terror faced by her victims, and the harsh and enduring truth that, in the real world, terror and madness touch far too many lives and families.