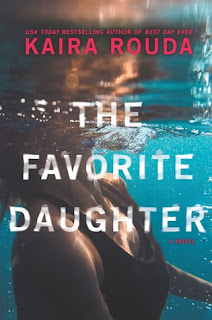 DESCRIPTION:
From the author of Best Day Ever, another gripping novel of psychological suspense set in an upscale Southern California community, for fans of B.A. Paris and Shari Lapena.

Jane Harris lives in a sparkling home in an oceanfront gated community in Orange County. It's a place that seems too beautiful to be touched by sadness. But exactly one year ago, Jane's oldest daughter, Mary, died in a tragic accident and Jane has been grief-stricken ever since. Lost in a haze of anti-depressants, she's barely even left the house. Now that's all about to change.

It's time for Jane to reclaim her life and her family. Jane's husband, David, has planned a memorial service for Mary and three days later, their youngest daughter, Betsy, graduates high school. Yet as Jane reemerges into the world, it's clear her family has changed without her. Her husband has been working long days--and nights--at the office. Her daughter seems distant, even secretive. And her beloved Mary was always such a good girl--dutiful and loving. But does someone know more about Mary, and about her last day, than they've revealed?

The bonds between mothers and daughters, and husbands and wives should never be broken. But you never know how far someone will go to keep a family together...

Jane Harris has lost her oldest daughter due to a tragic accident. It doesn’t take long in reading this book for readers to see if there’s something strange really wrong with Jane. Of course she’s grieving the loss of her daughter. But what’s more is she’s grieving the loss of her former self. After some time on antidepressants, mixed with difficult memories from her past, Jane is trying to rise up. In so doing she makes very weird statements.

One of the most difficult things to read as the story starts to take form is that her surviving daughter Betsy is certainly not Jane's favorite. Her favorite was Mary. Now Jane will do whatever she can to make Betsy pay for not being the daughter that died. While she’s at it why not make her husband pay for all of his misdeeds too. He has lied and cheated for years. One of his worst travesties has just been revealed to her.

I had to stop a couple of times while reading this book. I was like, 'are you for real Jane?' She is one of the most unreliable characters I have read in a very long time. She takes herself very seriously. Are we the reader supposed to take her seriously? If so, then I feel really bad for her. If not, then I really want to laugh because no one can have the thought process is that she has shown us.

Her memories are interspersed within the narration. To stave off boredom she reads strange articles and quotes from the Internet. Then there is a sudden, sharp twist in the story. It happened so fast, so be careful, because the reader just might miss it. Jane has a plan. A deep, dark, disturbing one. In so doing she is utterly excited, not caring for one moment who she might hurt.

Despite this excitement, the feeling that it’s all going to fall apart, the knowledge that if I ever knew somebody like this in real life I would run in the other direction. With these and other similar  thoughts, I must admit to growing tired of Jane and her antics. It seemed to me that no one was ever going to wake up and see what Jane was all about. Nonetheless, I pulled through it and got to see that she really was that bad and then I admit to being eager to see if and when she would be stopped.

Another thing, Jane has no remorse. She knows everything she is saying and doing is wrong, but she simply doesn’t care. I will say that there were some things I didn’t like in this book, such as what happened to Cash, the dog, but I am glad that I got to read something that was just a bit different.

While Jane was planning, admiring herself and and telling about her perfection, and acting upon set plan, she is talking to us the reader at all times. She pulled us into the story whether we want to be there or not. Thank you to the Kaira Rouda for providing a character that everybody is going to hate. To be triggered into those feelings while reading a book says to me, good job. Well done. I definitely look forward to reading much more by Ms. Rouda.

Many thanks to Graydon House and to Netgalley for this ARC for review in exchange for my honest opinion. 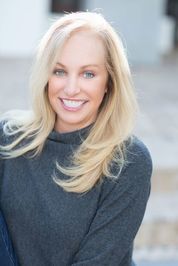 Kaira Sturdivant Rouda is an accomplished business leader, entrepreneur, national speaker and internationally bestselling and award-winning author. A former magazine editor, and society columnist, Kaira won the Stevie Award for Women in Business for creating the first female-focused residential real estate brand, Real Living, and growing the brand to more than 22 states before its sale to Berkshire Hathaway. Her first book, Real You Incorporated: 8 Essentials for Women Entrepreneurs, led to a national speaking tour where she inspired thousands. Turning to a full-time writing career, her most recent works are Best Day Ever and The Favorite Daughter (releasing in May 2019). Active in the areas of homelessness, food security, and empowering women and girls, in her twenties, as a volunteer, she created the first walk-in emergency shelter for homeless families in Central Ohio. Kaira has received numerous awards for her community service, including the national Kiwanis Service to Mankind Award, among many others. She lives in Southern California with her husband, Congressman Harley Rouda, and her four twenty-something children.