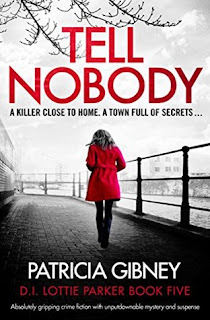 A killer close to home. A town full of secrets…

One hot summer evening, eleven-year-old Mikey Driscoll is on the way home from playing with friends. Two days later, his broken body is discovered on a bed of wild flowers by some local teenagers.

The case is assigned to Detective Lottie Parker and this time it’s personal. A close friend of her son Sean, Mikey was from the run-down Munbally estate on the other side of town. Sean tells his mother that Mikey was behaving normally before he died but Lottie can’t help but feel that her son is keeping something from her …

Then days later, another boy is found dead, surrounded by wild flowers next to a beautiful lake.

On the hunt for a twisted individual with a terrifying calling card, Lottie must uncover the web of secrets within Mikey’s circle of friends. Someone is keeping secrets but who are they protecting and can Lottie find out before it’s too late? Lottie is desperate to catch the killer before he strikes again because this time her own child could be in terrible danger…

If you love Karin Slaughter, Robert Dugoni and Rachel Abbott, you’ll love the latest heart-stopping thriller from Patricia Gibney. Tell Nobody will keep you guessing until the very last page.

This book by Patricia Gibney was a difficult read as there is are murder victims, and sadly, they are children. The first child found in D.I. Lottie Parker's newest case was eleven-year-old Mikey Driscoll. After a soccer match and a treat at McDonald's, Mikey never made it home.

Sadly, his broken body was discovered. Young Mikey was a friend of Lottie's son Sean. Shortly after, fifteen-year-old Sean, and his friend Barry, were drinking and fishing, The boys tragically discover the body of a baby. Was it a coincidence that a teen girl stumbled into the police station claiming "I think I killed him"?  As if Lottie and her team do not already have their hands full, yet another body of a child is found.

While Lottie is searching for the teen, who after being sent to the hospital, managed to disappear, she finds a powerful connection to the two dead boys. At the top of each boy's head was a wreath of flowers. So, Lottie begins her investigation with the parents of the children, their friends, and even her son, Sean.

Clues are hard to come by, as there are a lot of secrets and several suspects. Will Lottie be able to act quickly enough before another child is found? And, of course, she is worried about her son Sean. What a thrilling story! As mentioned above, this was difficult, but it was in no way gruesome. Only the facts were revealed and the focus of the story was on the investigation.

Occasionally, in the pages of this book, readers catch a glimpse of the killer's perspective. Even so, the twists and turns were numerous and in no way was I able to figure out the identity of the killer. Tell Nobody is the fifth book in the series. I just came into the series, but was able to easily follow the story. There was a backstory of Lottie and her family, and how they came to live with her mother. In this story, Lottie grew close to one of her detectives, Boyd. I do wish I had read the earlier stories so I could have seen how they worked together prior to this book.

The previous titles in the Detective Lottie Parker series are, The Missing Ones, The Stolen Girls, The Lost Child and No Safe Place. The next book in the series is Final Betrayal, which has already been released. 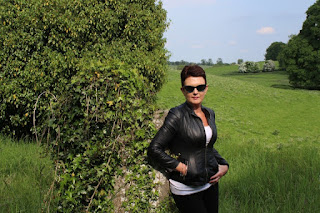 My name is Patricia Gibney and I’m from Mullingar, County Westmeath. Right in the heart of Ireland. Surrounded by lakes, Mullingar is damp and wet most of the year but when the sun shines it is a little piece of heaven on earth. I’ve lived here all my life. I’m widowed, seven years in May, but was married to Aidan since 1982. I’ve three children who keep me sane, or maybe keep the madness at bay, just a little bit! I say that because I am an artist and a writer. I started writing, for therapy, when Aidan died. I self-published a children’s picture book, called Spring Sprong Sally.

I secured an agent in January 2016 and she is fighting my corner in an effort to get my debut novel published.

A few years ago, I decided to get serious about it. I joined The Irish Writers Centre. Started doing courses. I love reading crime thrillers so it was obvious to me to start writing in the crime genre. And let me tell you, it is not easy. A crime novel needs to be tightly plotted and plotting is the bane of my life. I prefer to write straight off the top of my head. Oh, Oh. Feels good when writing but then comes the editing.  I lost 20,000 words in the process. But at least I am proud to say I got it done.

The Missing Ones has been a bestseller in the UK, US, Canada and Australia. And it has sold over half a million copies worldwide.

I am now writing the fourth novel in the series, featuring Lottie Parker and a host of credible characters. They are all part of my extended family, you know the kind – people you love one minute and want to kill the next!