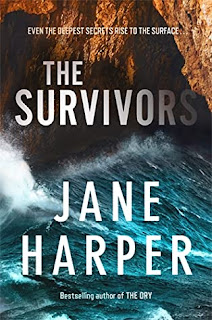 Title:  The Survivors
Author:  Jane Harper
Publisher:  Macmillan
Genre:   Mystery/Thrillers
Format:   Audiobook ARC
No. of Pages:   384
Date of Publication:   September 22, 2020
My Rating:   3 Stars
DESCRIPTION:
Coming home dredges up deeply buried secrets...
Kieran Elliott's life changed forever on the day a reckless mistake led to devastating consequences.
The guilt that still haunts him resurfaces during a visit with his young family to the small coastal community he once called home.
Kieran's parents are struggling in a town where fortunes are forged by the sea. Between them all is his absent brother, Finn.
When a body is discovered on the beach, long-held secrets threaten to emerge. A sunken wreck, a missing girl, and questions that have never washed away...
Link to purchase the book
MY THOUGHTS:
When Kieran Elliott left Evelyn Bay twelve years previously, he hoped to leave behind the consequences of bad decisons. However, his father's health has declined and his mother is moving him to a home, so she needs Kieran's help in packing. Evelyn Bay brings bad memories for more than one reason. First of all a devastating storm occurred, lives were lost, and Kieran himself made a decision that cost two men their lives. When Kieran returns he quickly discovers that the townspeople have never forgiven him, and he faces more challenges that that concerning his family.
Even if the townsfolk didn't blame Kieran, he blamed himself, actually never forgiving himself, and has been racked with torture for years. Meanwhile, that long ago storm washed up a woman's body on the beach. That crime has never been solved and there are quite a few suspects. Rumors and gossip give way to fear, creating serious angst that affects many people.
I loved listening to The Survivors as an audiobook. This is one of my most enjoyable ways of reading. I felt a palpable connection to an already intense story, feeling like I was in that small village, among those people who had secrets, and felt like I was waiting right with them as events slowly unfolding, perhaps giving the truth finally a chance to reveal itself.
Many thanks to Pan Macmillan and to NetGalley for this ARC for review.  This is my honest opinion. 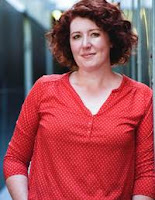 Jane was born in Manchester in the UK, and moved to Australia with her family at age eight. She spent six years in Boronia, Victoria, and during that time gained Australian citizenship.
Returning to the UK with her family as a teenager, she lived in Hampshire before studying English and History at the University of Kent in Canterbury.
On graduating, she completed a journalism entry qualification and got her first reporting job as a trainee on the Darlington & Stockton Times in County Durham.
Jane worked for several years as a senior news journalist for the Hull Daily Mail, before moving back to Australia in 2008.
She worked first on the Geelong Advertiser, and in 2011 took up a business reporting role in Melbourne.
In 2014, Jane submitted a short story which was one of 12 chosen for the Big Issue's annual Fiction Edition.
That inspired her to pursue creative writing more seriously, breaking through with The Dry at the Victorian Premier's Literary Awards in 2015.
Jane lives in bayside Melbourne with her husband and their two children.
web | twitter