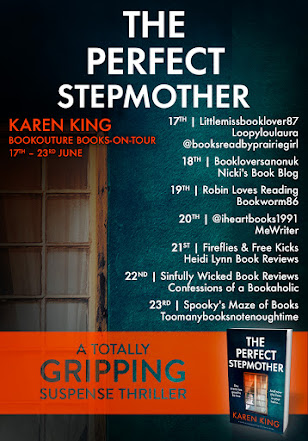 DESCRIPTION:
She seems too good to be true. And now she lives in your home…

Lily wants to be happy for her father when he tells her he’s getting married again. Even if it feels too soon after the death of Lily’s mother.

He’s madly in love with Maria. And he thinks she’s going to the perfect stepmother to Lily’s much-younger sister, Emma. And perhaps he’s right. Because no one seems to have a bad word to say about Maria.

It’s only Lily who can’t trust her. Who thinks no one is that perfect. Who notices no one had ever heard of Maria until exactly ten years before.

And then Emma goes missing… 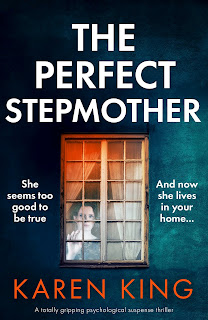 Title:   The Perfect Mother
Author:  Karen King
Publisher:  Bookouture
Genre:   Psychological Thriller
Format:  Kindle ARC
No. of Pages:   299
Date of Publication:   June 17, 2021
My Rating:   4 Stars
Maria is facing mountainous obstacles. For one thing she is about to marry Gareth, the husband of a client of hers that passed away from cancer. Gareth's daughter Lily is truly unhappy with her father's choice to remarry. Her mother has only been gone a year, and Lily does not trust Maria. More than having to win over Lily and her  younger sister Emma, Maria is hiding a secret from her past that would ruin everything - her impending marrriage and her exclusive salon - if exposed.
Will Maria and Gareth marry without Maria's secret being exposed? It doesn't help that Lily consistently proves her lack of trust in Maria, talking to her father and boyfriend Seb nonstop about the doubts she has about Maria. Five-year-old Emma has already lost her mother. What if her father's new marriage doesn't work out, what will happen to Emma then?
In this thrilling novel by Karen King events of Maria's past slowly begin to reveal themselves. Is Maria to be trusted? While it is clear she loves Gareth, and Emma as well, does her unusually protective nature prove that there is something about Maria that gives rise to the feelings Lily has about her?
There are shocking things that happen in this riveting story, While it is more than obvious there was something about Maria, I couldn't put this book down. I just had to know what happened in her past, whether Lily was onto something, and would Emma be safe and other concerns.
The reader will know that Emma disappears, that is from the very first page. However, the story is told in timeline fashion as to what led up to Emma's disappearance. As the time got closer and closer to what happened to Emma was very intriguing, making The Perfect Mother an excellent read from beginning to end. With excellent pacing, a couple of shocking plot twists and a surprising conclusion, this is a book that I definitely would recommend.
Many thanks to Bookouture and to NetGalley for this ARC for review. This is my honest opinon.
ABOUT THE AUTHOR: 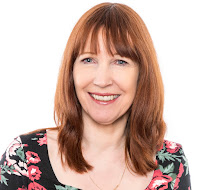 Karen King is a multi-published bestselling author of fiction for both adults and children. She has also written several short stories for women's magazines.

Currently published by Bookouture and Headline. Karen has recently signed a two-book deal with Bookouture to write psychological thrillers. The first one will be out in November, and the second one in 2021. She is also contracted to write three romance novels for Headline, which will be out in 2021 and 2022