Review - Then There Was You 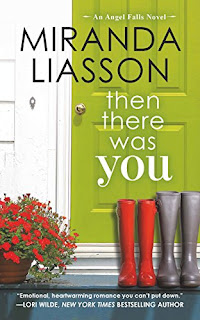 DESCRIPTION:
Fresh from her residency, Serafina Langdon returns to her hometown to join her father's general medical practice a year after her fiancé jilted her. More than anything, Sara just wants to move on, but that becomes impossible once she discovers that the man who was responsible for her broken engagement, and who is also her ex-fiance's best friend, is now the Angel Falls chief of police.
As police chief, Colton Walker is devoted to his small town, and he's equally determined to avoid its newest resident. He and Sara have always gotten along like oil and water, and since the bachelor party incident, he's her Enemy #1. But after sharing an unexpected--and unexpectedly hot--kiss, avoiding Sara becomes the last thing he wants to do. She's not the woman he used to know, and he's falling for her. But when her ex-fiancé returns to Angel Falls, Colton will have to decide if the woman he's always fighting with is also worth fighting for.

As a physician, Serafina (Sara) Langdon hopes working alongside with her father at his medical practice will lead to a partnership. But she has doubts early on. The town of Angel Falls might just be a bit too small her and she thinks often of applying for a better, big job. Meanwhile, the chief of police, Colton Walker, her ex-fiancé 's best friend, seems to have designs on her.

Colton is really good at his job, even if at times he felt that he fell into it and didn't choose this path. He is currently having a bit of fun sparring with Sara. She is back in town after a year's absence after a bad breakup. Sara gets to Colton and he beings to realize that he might want to do more with Sara than fight.

Sara is hardly prepared to get involved with Colton. After all, he is called the Revolver, alluding to his sexual exploits. No way will she put up with a man like that, especially since he was really unkind to her when they were in high school. Also, she feels that Colton has a lot of blame for her awful breakup. With Colton's pursuit and Sara's reticence, it was lovely to find out that there were buried feelings between them and it was very enjoyable watching them work things out.

I loved meeting Sara and family, and this book was a great introduction to a new series. We got to meet Sara's sisters, brother and grandmother - who, by the way, has a very touching role as an Alzheimer's sufferer. There were definitely some poignant moments in this story. Loved the dogs in this book as well.

Then There Was You was a terrific story that had a lot of layers. Imagining how Sara could grow fond of Colton was something that I did because of their history. A history of missed opportunities that could grow into a lifetime of happiness. I so loved watching this evolve. The story delivered a bunch of great one-liners too. I really enjoyed this sensitive book and already read the next in the series.

This is the first book in the Angel Falls series and was followed by The Way You Love Me, which was just released and then readers have All I Want for Christmas in September to look forward to. 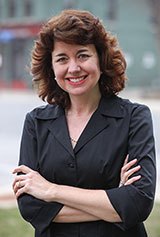 Miranda Liasson loves to write stories about everyday people who find love despite themselves, because there’s nothing like a great love story. And if there are a few laughs along the way, even better! She’s a Romance Writers of America Golden Heart winner and an Amazon bestselling author whose heartwarming and humorous small–town romances have won accolades such as the National Readers’ Choice Award and the Gayle Wilson Award of Excellence and have been Harlequin Junkie and Night Owl Reviews Top Picks.

She lives in the Midwest with her husband and three kids in a charming old neighborhood which is the inspiration for many of the homes in her books.

Miranda loves to hear from readers! Find her at Facebook.com/MirandaLiassonAuthor, and on Instagram and Twitter @mirandaliasson. For information about new releases and other news, feel free to sign up for her newsletter at https://mirandaliasson.com/#mailing-list.