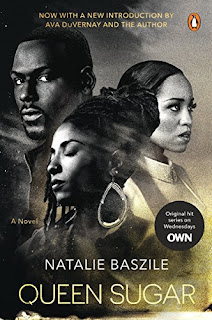 DESCRIPTION:
A mother-daughter story of reinvention—about an African American woman who unexpectedly inherits a sugarcane farm in Louisiana

Why exactly Charley Bordelon’s late father left her eight hundred sprawling acres of sugarcane land in rural Louisiana is as mysterious as it was generous. Recognizing this as a chance to start over, Charley and her eleven-year-old daughter, Micah, say good-bye to Los Angeles.

They arrive just in time for growing season but no amount of planning can prepare Charley for a Louisiana that’s mired in the past: as her judgmental but big-hearted grandmother tells her, cane farming is always going to be a white man’s business. As the sweltering summer unfolds, Charley must balance the overwhelming challenges of her farm with the demands of a homesick daughter, a bitter and troubled brother, and the startling desires of her own heart.

Penguin has a rich tradition of publishing strong Southern debut fiction—from Sue Monk Kidd to Kathryn Stockett to Beth Hoffman. In Queen Sugar, we now have a debut from the African American point of view. Stirring in its storytelling of one woman against the odds and intimate in its exploration of the complexities of contemporary southern life, Queen Sugar is an unforgettable tale of endurance and hope.

Before I start my review of Queen Sugar I must say that I had to separate the book from the television series. In order to do so, I cataloged the differences, put the book down for a couple of days and then resumed reading. There are plenty of places online to compare the two, so I will not do so at this time. I would hope the merits of this review will be based on the book alone.

The story begins as Charley Bordelon and her daughter Micah are heading to her home in Louisiana after her father leaves her a huge sugarcane and its land. Leaving Los Angeles is no doubt difficult for Charley and Micah, but perhaps they can start again. Things do not go easy, however, because there are a lot of obstacles. For one thing, a black woman owning such a large business will most certainly be a challenge in the rural town. Also, weather plays a heavy hand. In addition, Charley must contend with specific family members, including grandmother Honey. Her brother, Ralph Angel, now an ex-con, does not make things easy for her either.

There is quite a positive influence in Charley's life now, though. That is her Aunt Violet. Her relationship with Violet has its struggles, but it does lend her strength. Meanwhile, Charley has some romantic entanglements to continue. A widow of several years, she is attracted to Remy, someone quite knowledgeable about the sugarcane business and a big help to the family. But there is also Hollywood, her brother's former best friend, who likes her quite a bit.

I got this book in two formats from my library, both in audio and in an e-book. I mostly listened to the audio version and it was done quite well, Miriam Hyman was the narrator. I felt this lent well to a story similar to what I have been viewing on the small screen.

This debut novel by Baszile hits on a host of issues. The dynamics exposed here can no doubt be felt by the hordes of people who have read this book. I enjoyed the masterful nature in which this story was told. I felt the drama affecting me as I glided through the pages of this book. I am very interesting in seeing what else this author has in store. 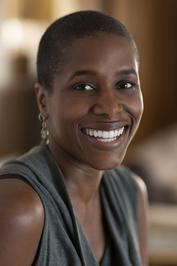 Natalie is the author of Queen Sugar, which is being adapted for television by writer/director Ava DuVernay of “Selma” fame, and co-produced by Oprah Winfrey for OWN, Oprah’s television network. Natalie has a M.A. in Afro-American Studies from UCLA, and is a graduate of Warren Wilson College’s MFA Program for Writers where she was a Holden Minority Scholar. Queen Sugar was named one of the San Francisco Chronicles’ Best Books of 2014, was long-listed for the Crooks Corner Southern Book Prize, and nominated for an NAACP Image Award. She has had residencies at the Ragdale Foundation where she was awarded the Sylvia Clare Brown fellowship, Virginia Center for the Arts, and Hedgebrook. Her non-fiction work has appeared in Lenny Letter, O, The Oprah Magazine, The Rumpus.net, The Best Women’s Travel Writing Volume 9. She is a member of the San Francisco Writers’ Grotto. Natalie lives in San Francisco.