Review - The Girl Who Got Away 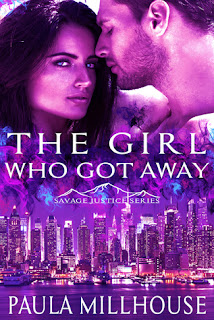 Sometimes they end in murder.

When Evie Longfellow accepts the blind date from hell everything sane about her life changes. Singled out and kidnapped by a mafia kingpin, she escapes only to run a mysterious stranger off the road. But she’s not safe yet—her stalker’s determined to take Evie as his sixteenth victim.

Former FBI hostage negotiator Nick Franklin is still connected enough to his law enforcement colleagues to help Evie deal with her serial killer. When she runs him off the road, the last thing Nick wants is another case to deal with, but there’s something about her that turns him into full-on protector. And the closer they get, the hotter the sparks between them ignite.

With their worst enemy closing in on their small-town hideaway, their greatest fears about savage justice may be realized. Nick must pull out all the stops to help them capture one of the FBI’s most wanted and stop Evie from becoming the girl who got away.

It was the blind date from hell. Little did author Evie Longfellow know when she accepted a blind date, encouraged by her literary agent Jennifer, that she was being lined up as a victim of a serial killer. The mafia kingpin, Paulie Marino is excited for her to be his sweet sixteen. Horrified, Evie manages to escape, but her danger is only beginning. During her escape she nearly runs a man off the road.

Nick Franklin is an ex-FBI hostage negotiator, but he is rather fortunate to still be well-respected and connected. This proves critical when he Evie Longfellow runs into him. When she tells him what is going on, Nick decides to do anything he can to help her. Nick's last case had such horrid results that he resigned. Previously, a woman lost her life and now he is responsible for the life of another woman.

Options are explored, but bottom line, Nick is Evie's best chance. He isn't sure why, but he feels very drawn to Evie and her plight. This is at war with him wanting to blow everything up from the outset. Evie is terrified, so Nick puts a plan into action. Meanwhile, no shrinking violet, Evie gets more than once chance to explore her talents as a very successful author.

Delivered with excellent pacing, ever-changing twists and turns, The Girl Who Got Away is a riveting novel. This story has excellent characters. Not only are Evie and Nick exceptional, Nick's sister Meg and her son Patrick stand out as well. This is the first book in the Savage Justice romantic suspense series by Paula Millhouse. No doubt the other stories in this series - The Copycat Killers and Manhattan After Dark - will be just as compelling.

Many thanks to the author for this ARC to review in exchange for my honest opinion. 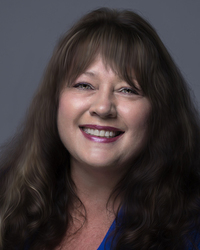 Paula Millhouse writes stories for her fans where love is worth fighting for, justice does exist, and happy ever afters are expected.

What’s in it for you?

A reward. Treat yourself to a diversion from your daily routine when you buy and read her stories.

Born and raised in Savannah, Georgia, where Spanish moss whispers tales in breezes from the Atlantic Ocean, as a child she was inspired by the sunshine and heritage of cobblestones, pirate lore, and rich historical traditions steeped with savory mysteries of the south.

She lives in the mountains now with her husband but honors her Southern heritage as a storyteller by sharing her fiction with readers.