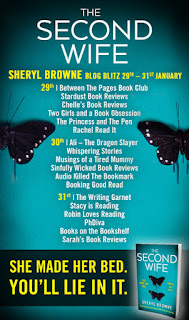 Today is my stop on the Blog Tour for The Second Wife by Sheryl Browne.

DESCRIPTION:
She made her bed. You’ll lie in it.

Rebecca only wanted to help out – to be kind. Richard seemed so alone after his wife, Nicole, died, and Rebecca wanted to make sure he knew he had someone to rely on.

But now she’s in Nicole’s immaculate house. Drinking from her favourite crystal wine glass. Keeping shoes in her orderly closet. Comforting her sweet and grieving step-daughter. It feels like Rebecca is living another woman’s life.

And as she gets to know the neighbours, Rebecca hears stories that make her wonder: was free-spirited Nicole happy in this perfect life, or did she feel trapped? Did she feel, as Rebecca is beginning to, that something wasn’t quite right?

The book everyone’s talking about! If you loved The Girl on the Train, The Wife Between Us and The Girl Before, you’ll be totally gripped and unable to put down this twisty page-turning psychological thriller. 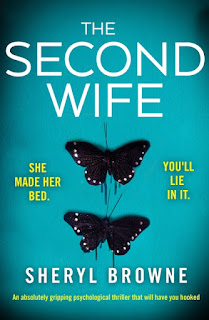 Rebecca and Nicole were the best of friends and now Nicole is dead. It was ruled a suicide. When Rebecca gets a call from Nicole's widower, she decides to assist him in sorting through Nicole's things. Rebecca promptly steps into Nicole's shoes. After all, they were best friends. Nicole would have wanted Rebecca, and Richard, to be happy. Is this what Rebecca really wants or does she have another motive?

Rebecca is not only re-reading Nicole's  last letters to her, but she is carefully perusing them. Meanwhile, Richard's daughter Olivia is interfering at every moment Richard and Rebecca try and spend time together. This is nothing new for Olivia. As it turns it, she treated Nicole the same way.

This chilling story is delivered in multiple points of view and timelines. Admittedly, I had to pay close attention to sort out Rebecca and Nicole. The reason why? Richard treated both women the same way. In all honesty, Richard is truly despicable. Rebecca is determined to get behind the fact about Rebecca's death. If indeed she committed suicide, would those letters reveal clues as to why?

I devoured The Affair by Sheryl Browne, so when I saw this book come up I just had to grab it. Smart move that. This read was spectacular. As if the characters weren't compelling, the twists and turns certainly were, and the conclusion all but threw me. For readers of intense psychological thrillers think, The Ex-Wife by Jess Ryder and The Wife Between Us by Greer Hendricks and Sarah Pekkanen. 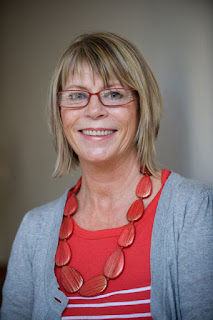 So why does Sheryl write in two genres? Quoting E. L. Doctorow, Sheryl says: “Writing a novel is like driving a car at night. You can only see as far as your headlights…” This she thinks sums up a writer’s journey, you never quite know where you are going until you get there. You might start with an outline, but a strong character will always divert from the plot. If Sheryl’s not sure where a character is going, she simply has to trust him to show her the way. Plus, according to one reviewer, she also has a scary insight into the mind of a psychopath.

To find out more about Sheryl, go to www.sherylbrowne.com.