Review - Families and Other Enemies 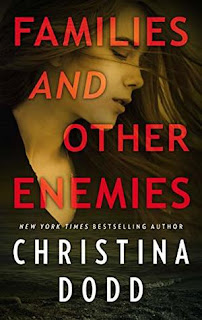 I don’t remember an entire year of my life.…I still don’t remember, but I know what happened now.I had a baby, and that changes everything.Kellen Adams has fought battles, saved lives, earned the respect of her colleagues and the love of her friends. But now, can she triumph against the greatest challenge of her life — her family?

At the end of Dead Girl Running, the first book in the Cape Charade series, Kellen Adams received life-changing news, she had a baby seven years ago. Yes, this is news to her. As this series has revealed, Kellen has suffered memory loss. Well, she still cannot remember, but facts are facts. Max, the man she fell in love with after escaping her brutal husband is indeed the father of a little girl who is most definitely her daughter.

In this book, Families and Other Enemies, Kellen is now faced with this new truth in her life. A challenge to be sure. Needing to work things out, she takes off, and meets with someone from her past, and this gives her the time needed to sort out her future. Kellen takes on a new job and this brings her into contact with people she just has to help.

Christina Dodd is married to a man with all his hair and no Corvette, but many Craftsman tools. They have been married since the earth’s crust cooled.