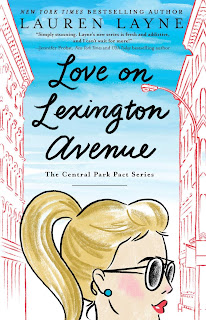 There are no good men left in New York City. At least that’s Claire Hayes’s conviction after finding out her late husband was not the man she thought he was. Determined to rid her home of anything that reminds her of her cheating husband, Claire sets out to redesign her boring, beige Upper East Side brownstone and make it something all her own. But what starts out as a simple renovation becomes a lot more complicated when she meets her bad-tempered and rough-around-the-edges contractor Scott Turner.

Scott bluntly makes it known to Claire that he only took on her house for a change of pace from the corporate offices and swanky hotels he’s been building lately, and he doesn’t hesitate to add that he has no patience for a pampered, damaged princess with a penchant for pink. But when long workdays turn into even longer nights, their mutual wariness morphs into something more complicated—a grudging respect, and maybe even attraction...

Filled with laugh-out-loud scenes that blend perfectly with the touching friendships Layne brings to life on the page, this “hugely entertaining” (USA TODAY) novel is perfect for fans of Lauren Weisberger.
Link to purchase the book

Claire Hayes is a widow who has found two new friends. She met them at her husband's funeral, only to learn that Naomi Powell and Audrey Tate were involved with him at the same time she was married. The three form a pact and develop quite a close bond.

Claire wants a fresh start on life. She decides to rid her apartment by getting rid of anything that would remind her of her husband. She also decides to redesign her home and hires contractor Scott Turner. Scott is quite an accomplished builder and this job is merely a distraction from the overwhelming corporate work that he usually does.

Claire and Scott knock heads in the beginning. He finds her a bit pampered and spoiled and she finds him a bit gruff. However, they share a mutual attraction that soon begins to change both perspectives. With their shared chemistry they quickly realize that despite their pasts they actually have a chance at more than just a physical bond. Instead, their hearts become full in a wonderful way.

It was quite enjoyable to see Claire rise from past hurts to find love and fulfillment. After what she went through she clearly needed something far more than she ever imagined. I loved watching Claire and Scott go past being friends and their business dealings to opening themselves to the opportunity for a future together. Lauren Layne hit the mark again with this book.

Many thanks to Gallery and to NetGalley for this ARC to review in exchange for my honest opinion.